Below is a quick post of how OSX speed fairs before and after application of the OSX 10.13.2 update (that fixed Spectre and Meltdown CPU issues).

I read of up to 30% speed drops with Redis after Spectre and Meltdown patches and was curious how OSX faired.

Here’s what happened last night to one of our busier redis servers before and after patching for meltdown. Using the same 200k/12 minute axes on both: down from ~145k ops/sec to ~95ks ops/sec, or about 35% slower. pic.twitter.com/H6sM0C5i1V 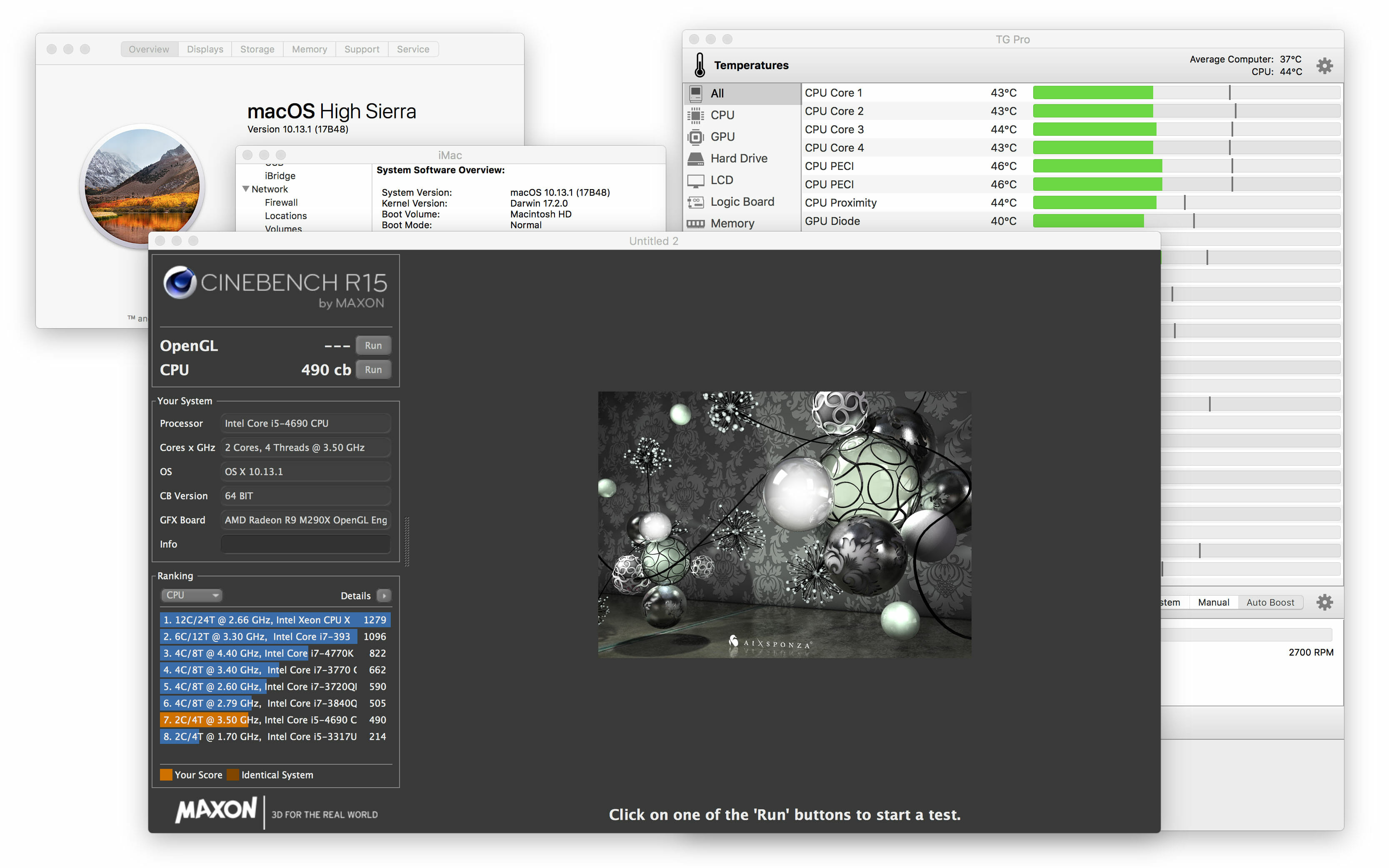 Now time to test the GPU in Cinebench… 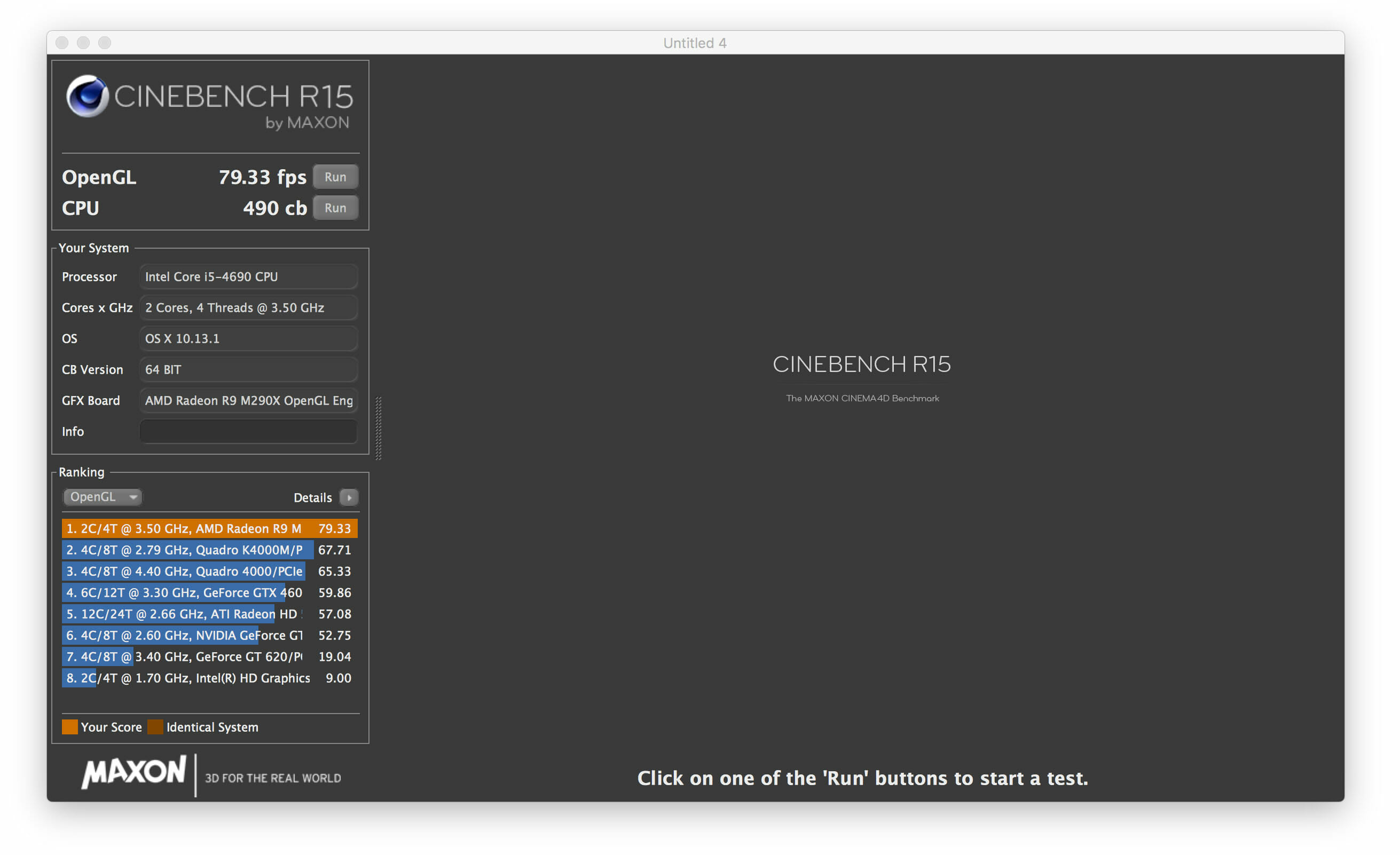 Here is a breakdown of the scores (2 mins after a fresh reboot and the best of three runs).

Here is a breakdown of advanced GeekBench tests… 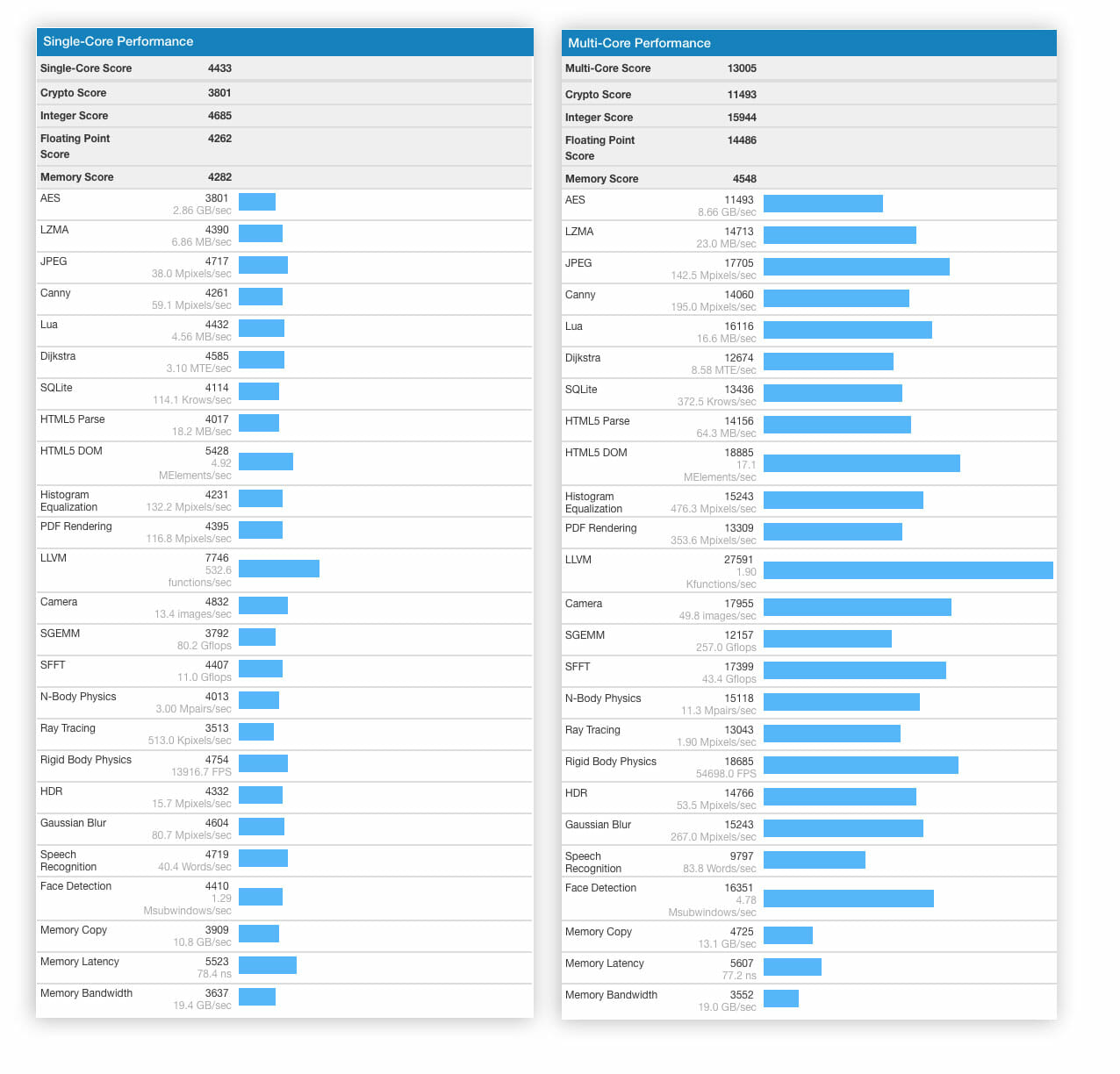 I tried to update to 10.3.2 via the software updates but my network was having troubles (human error, my firewall was too aggressive)

I downloaded the manual 10.13.2 update from Apple (not realising my firewall was blocking the app updates (I blocked app updated as soon as spectre news hit so I could write this post)). 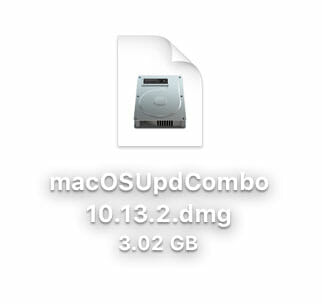 PKG was extracted from the DMG. 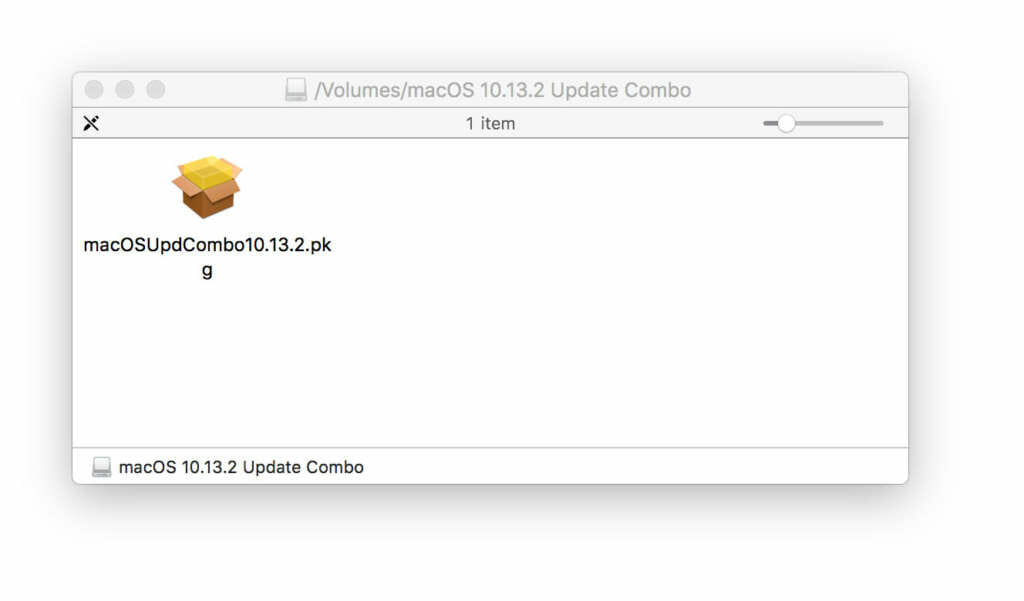 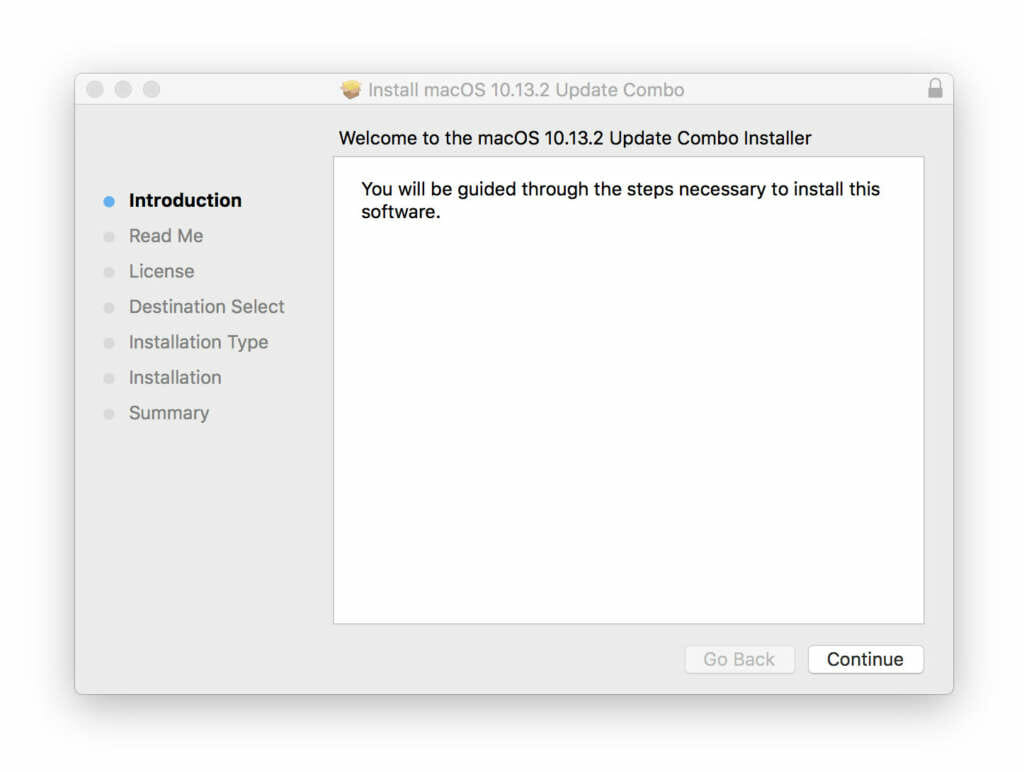 I solved my networking issues (disable my firewall) and was able to verify the installation of the 10.13.2 patch and download further 10.13.2 supplemental updates.

I verified all 10.13.2 updates were downloaded and installed and rebooted three times. 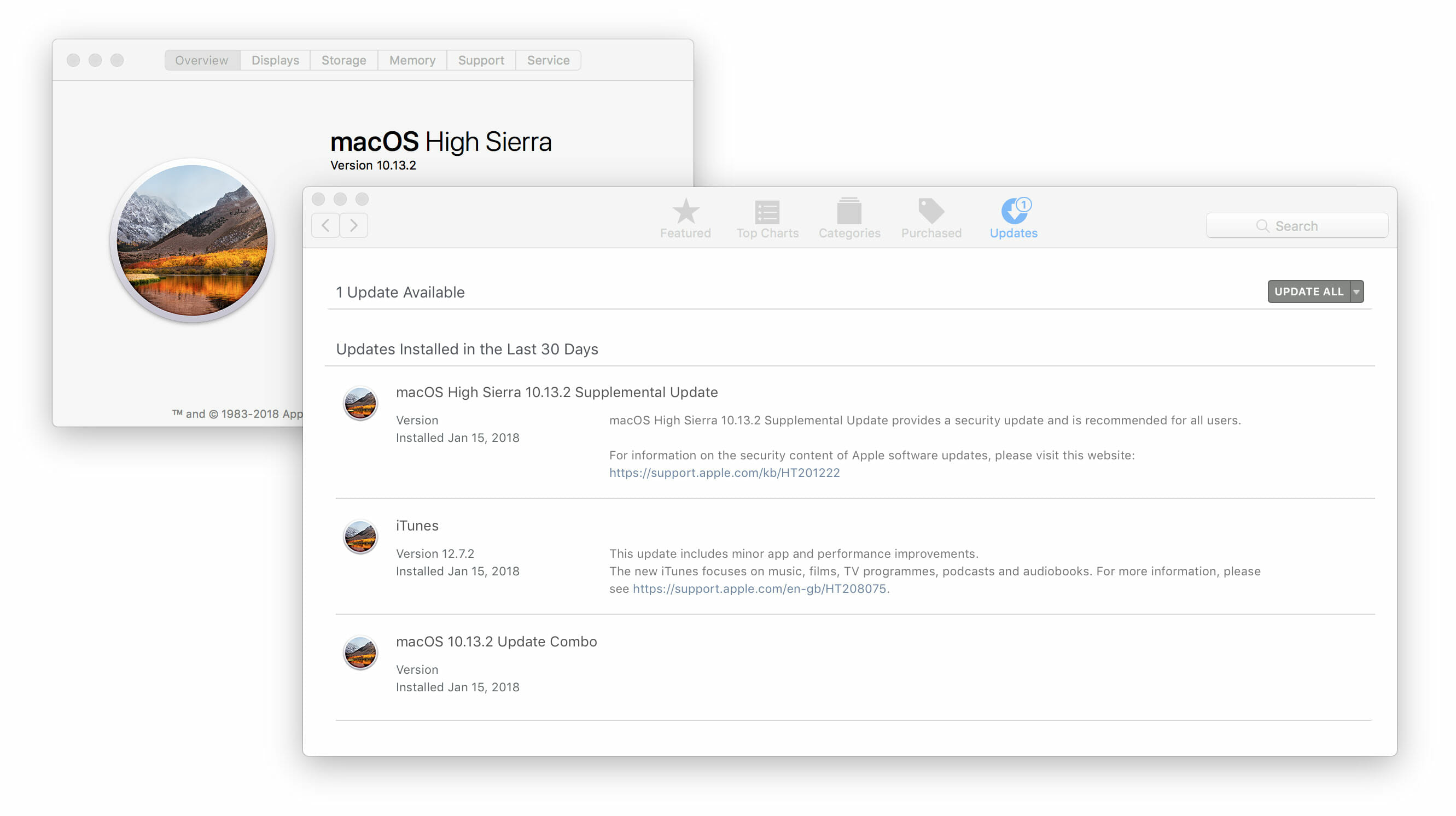 2 Minutes after a reboot I ran the same Cinebench R15 CPU benchmark. 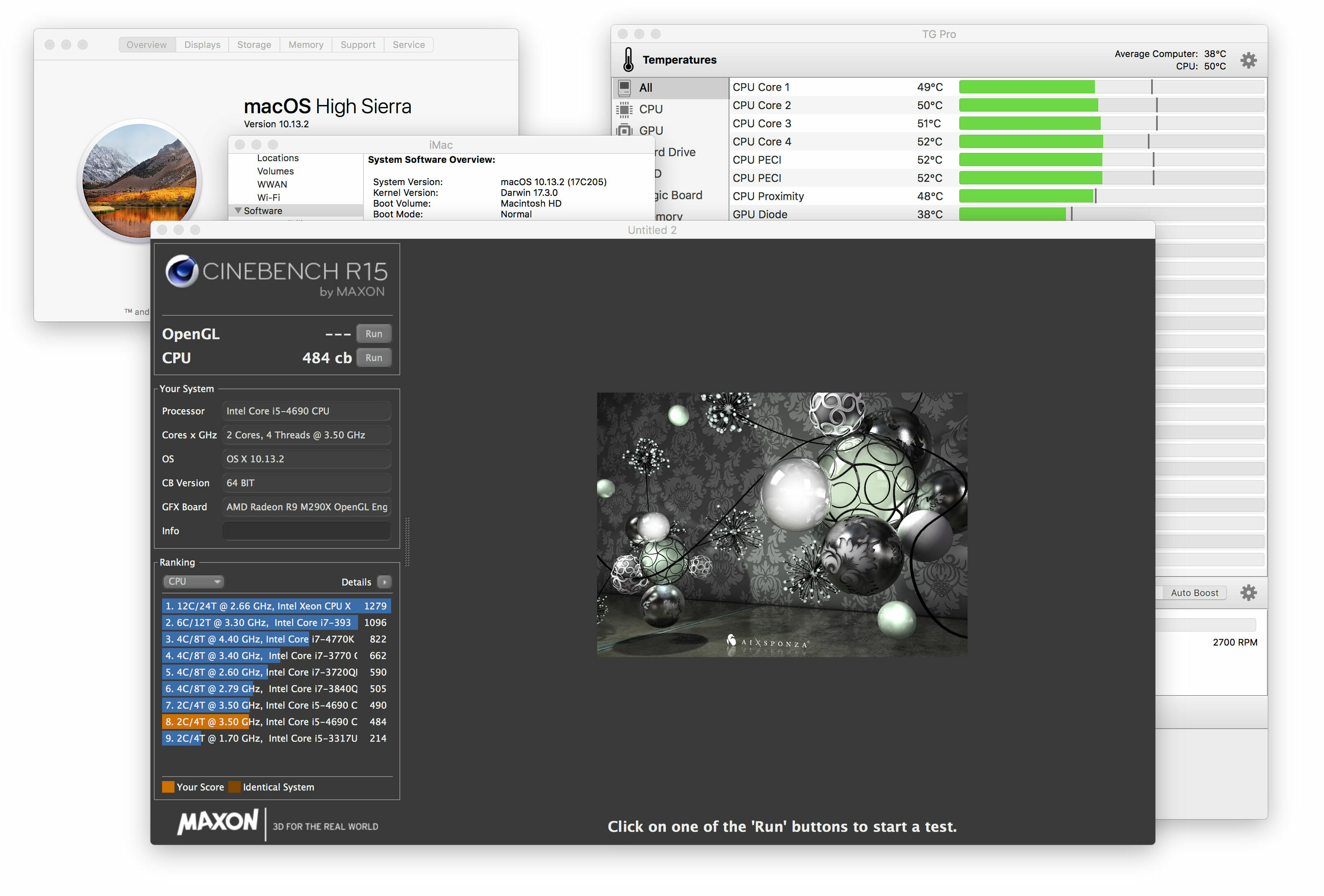 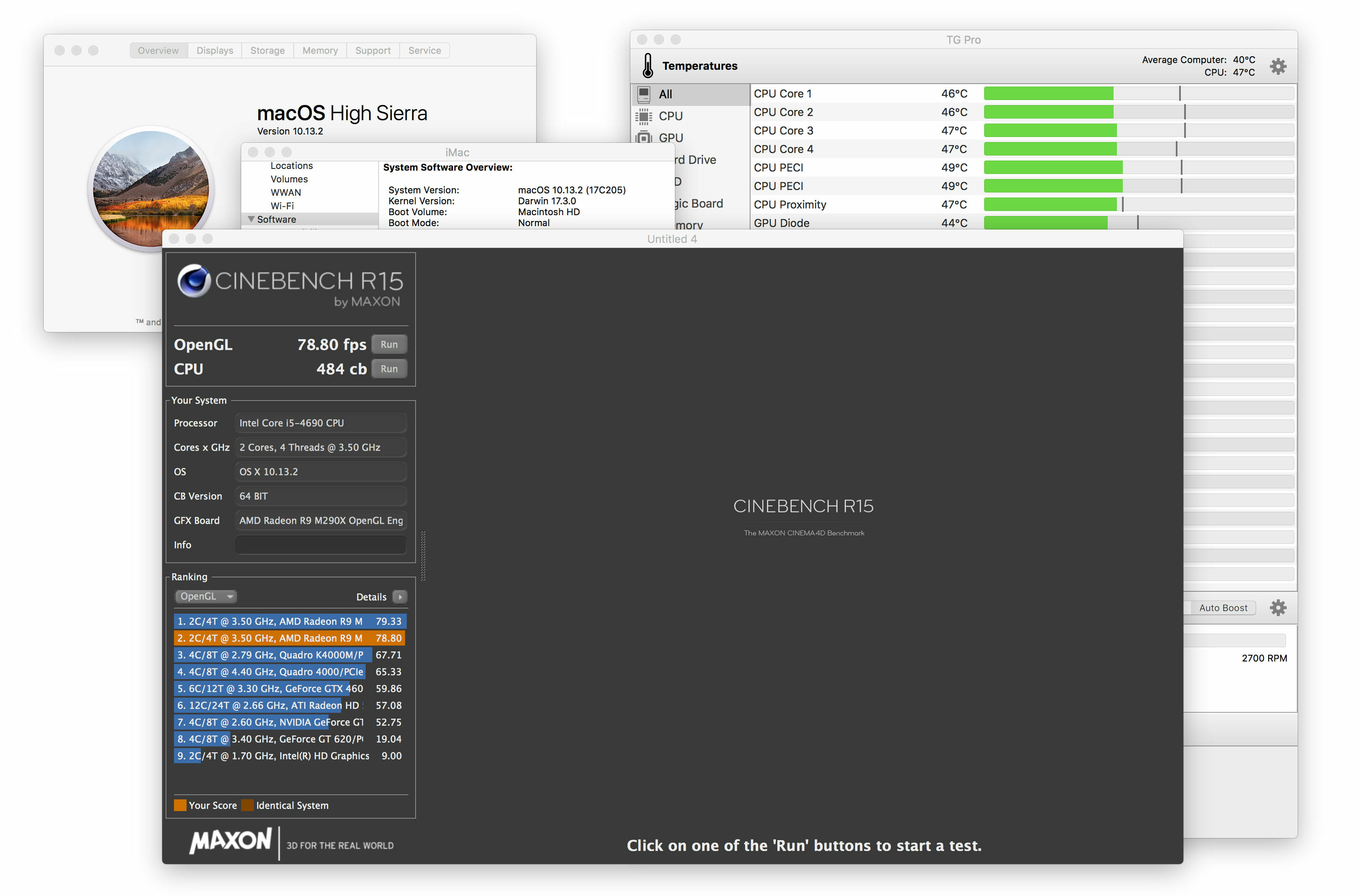 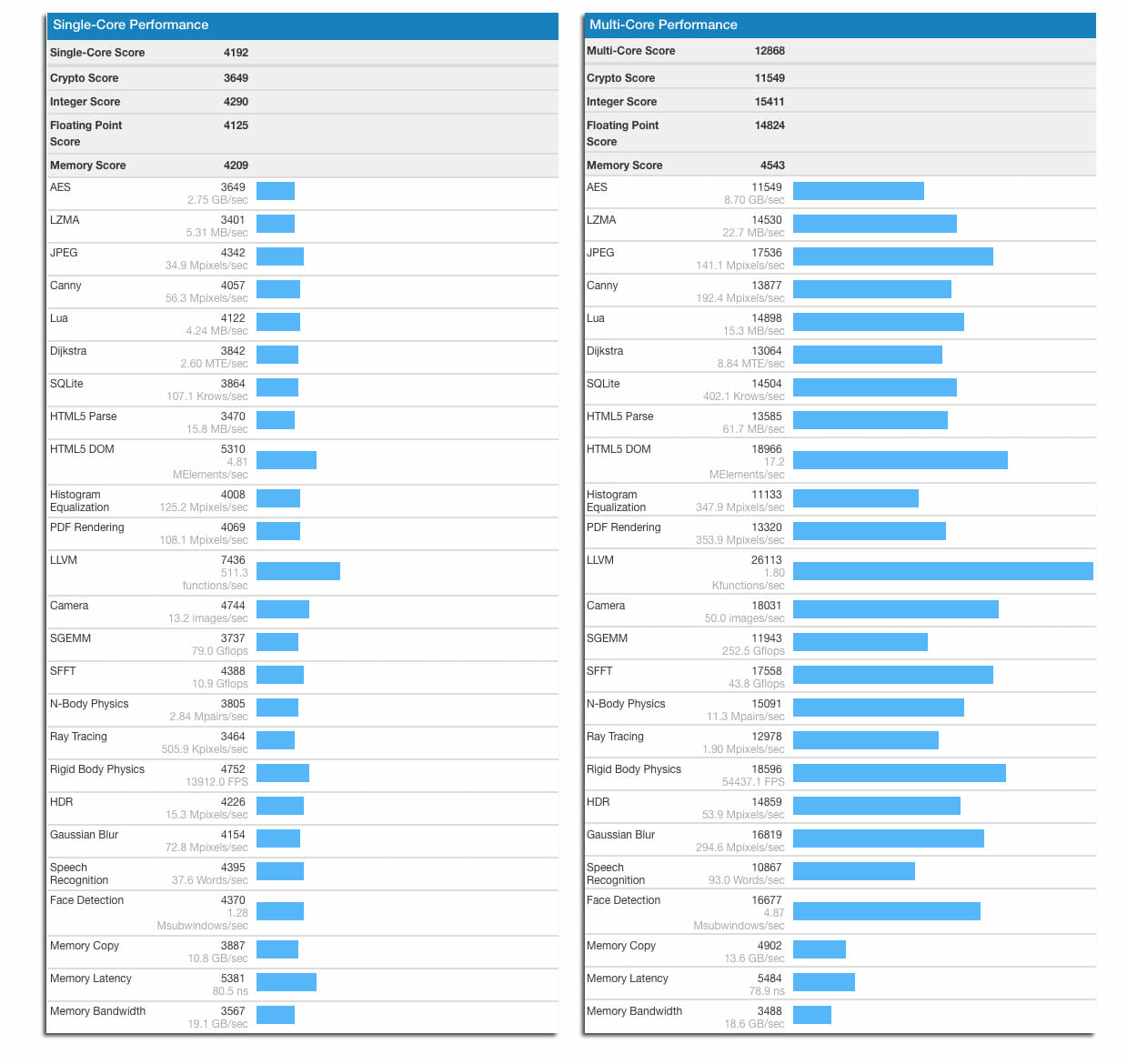 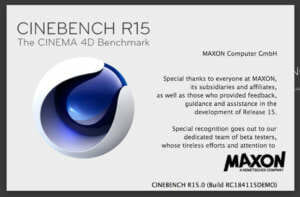 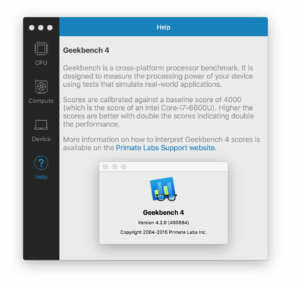 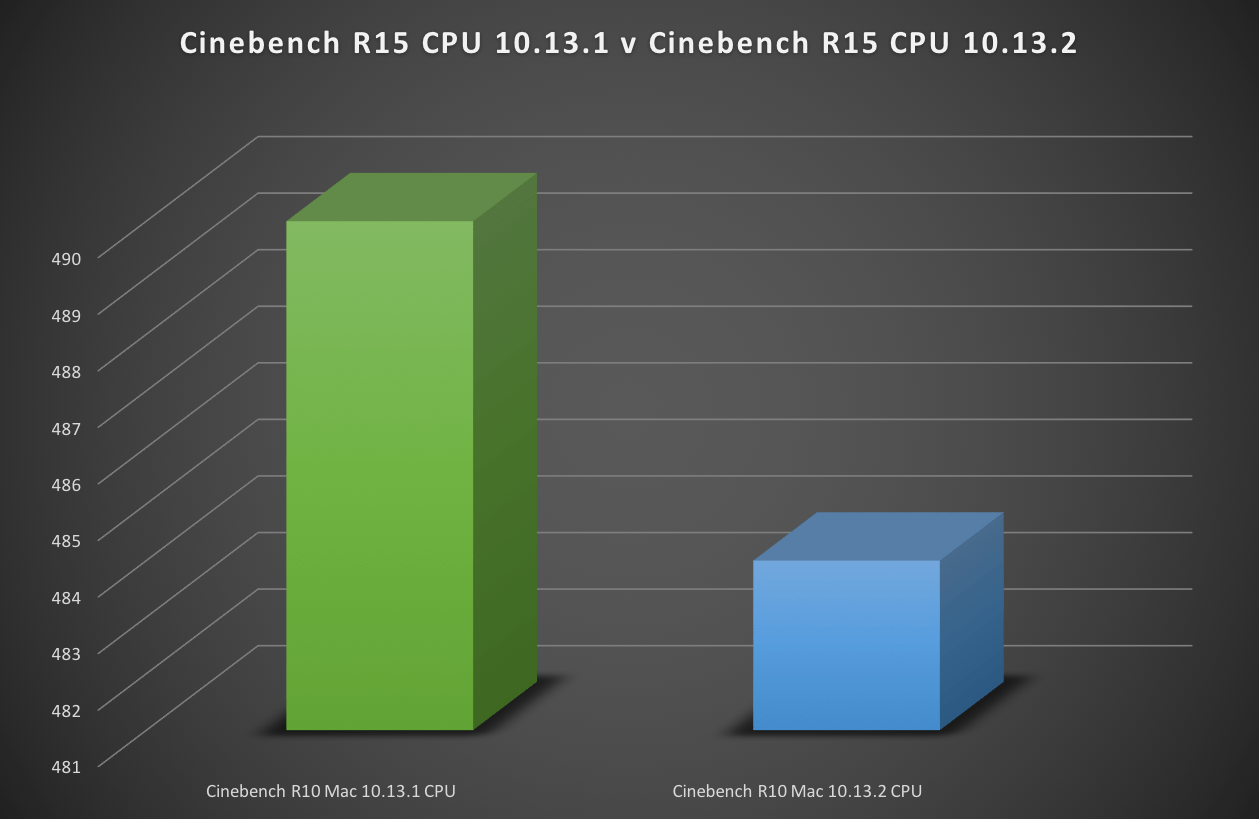 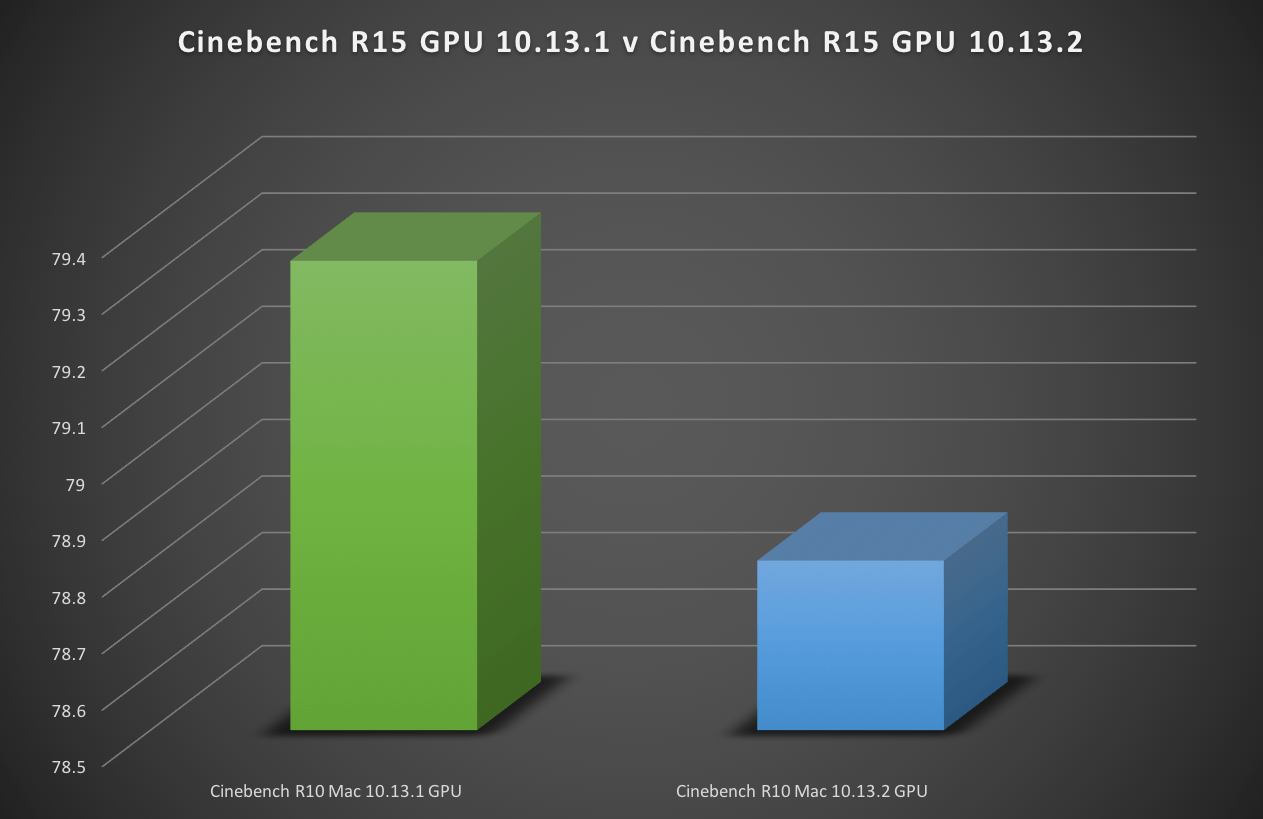 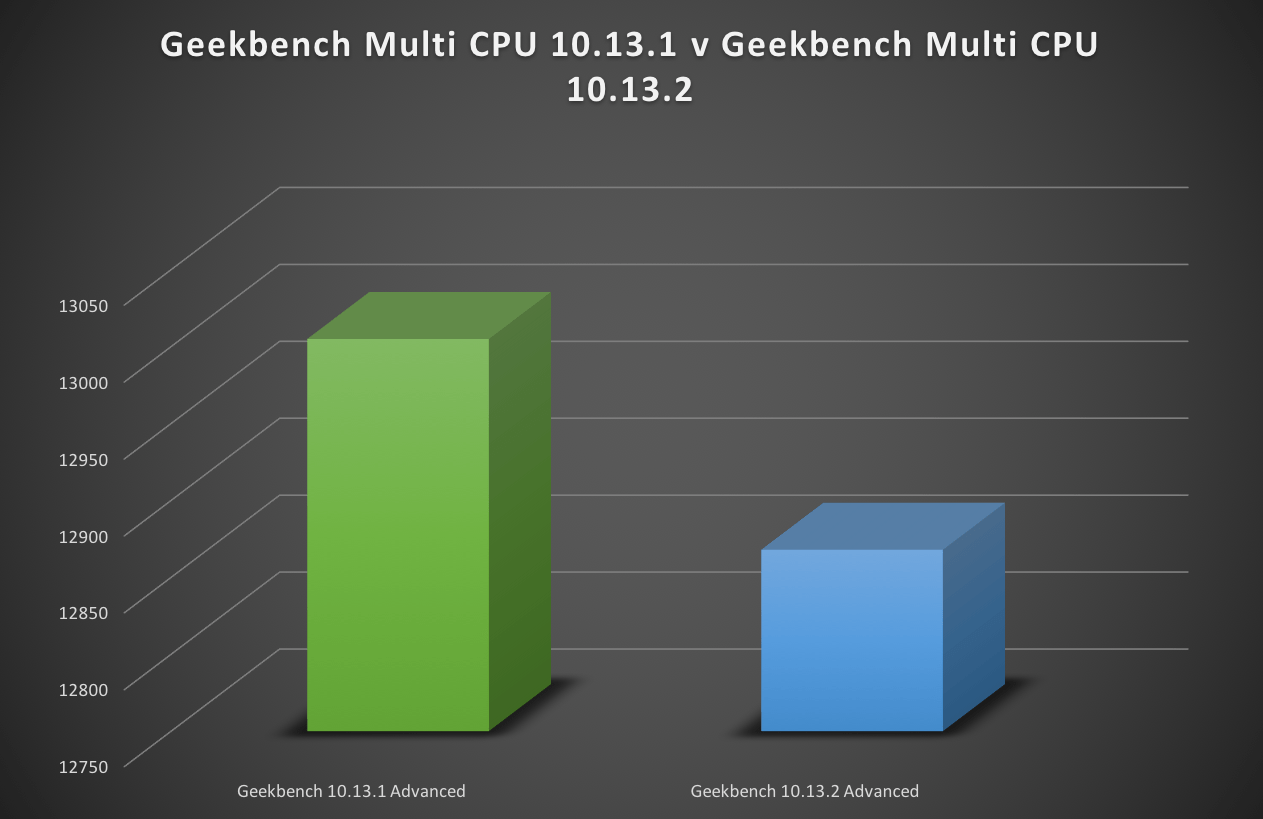 Note: Most results were slightly slower but some were faster post patch. 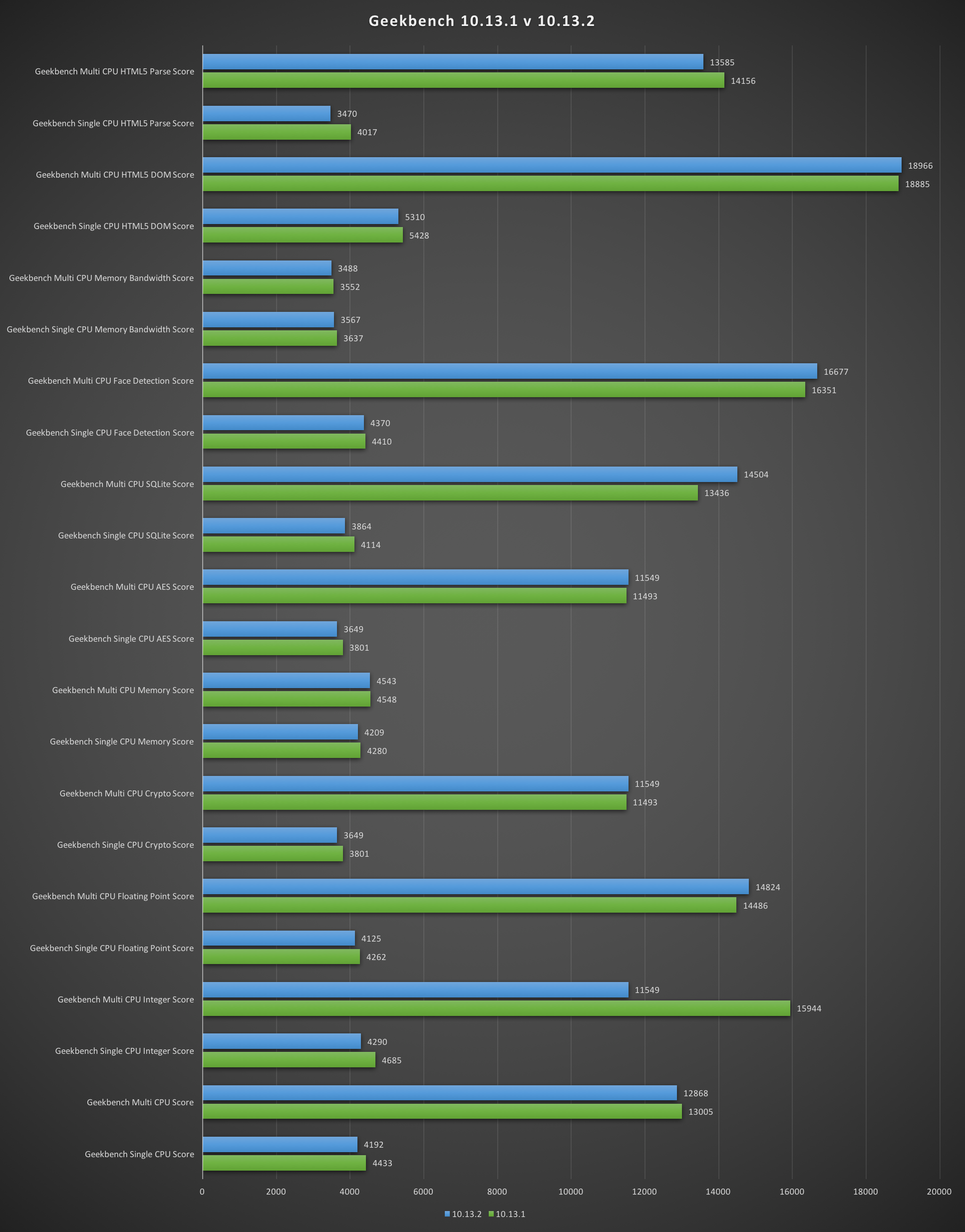 It looks like performance falls 1-5% on a 2 year old system, not as bad as I was expecting.

Hope this helps someone.