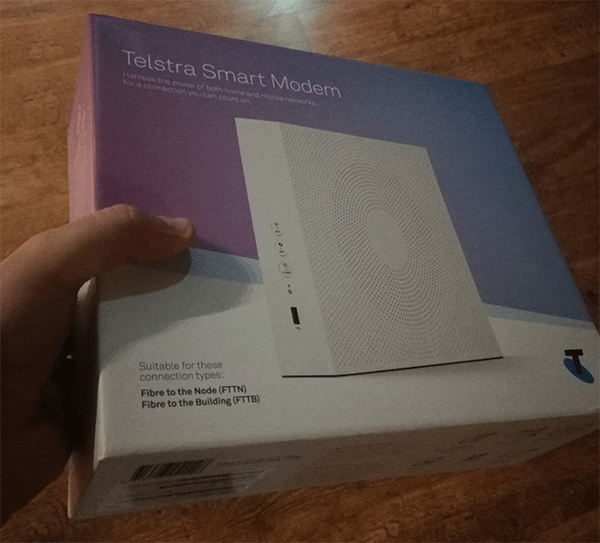 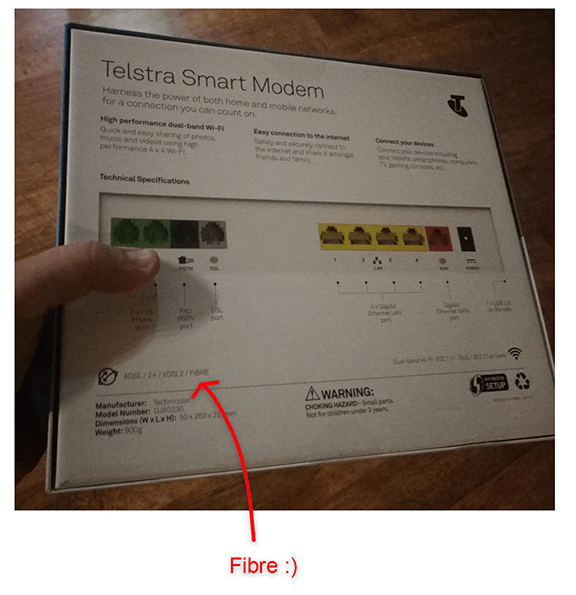 The new router has a massive (2.8 Amp power pack too) and was way bigger than the copper router. My wife’s parents Telstra router (below) was tiny compared to the one we were sent. 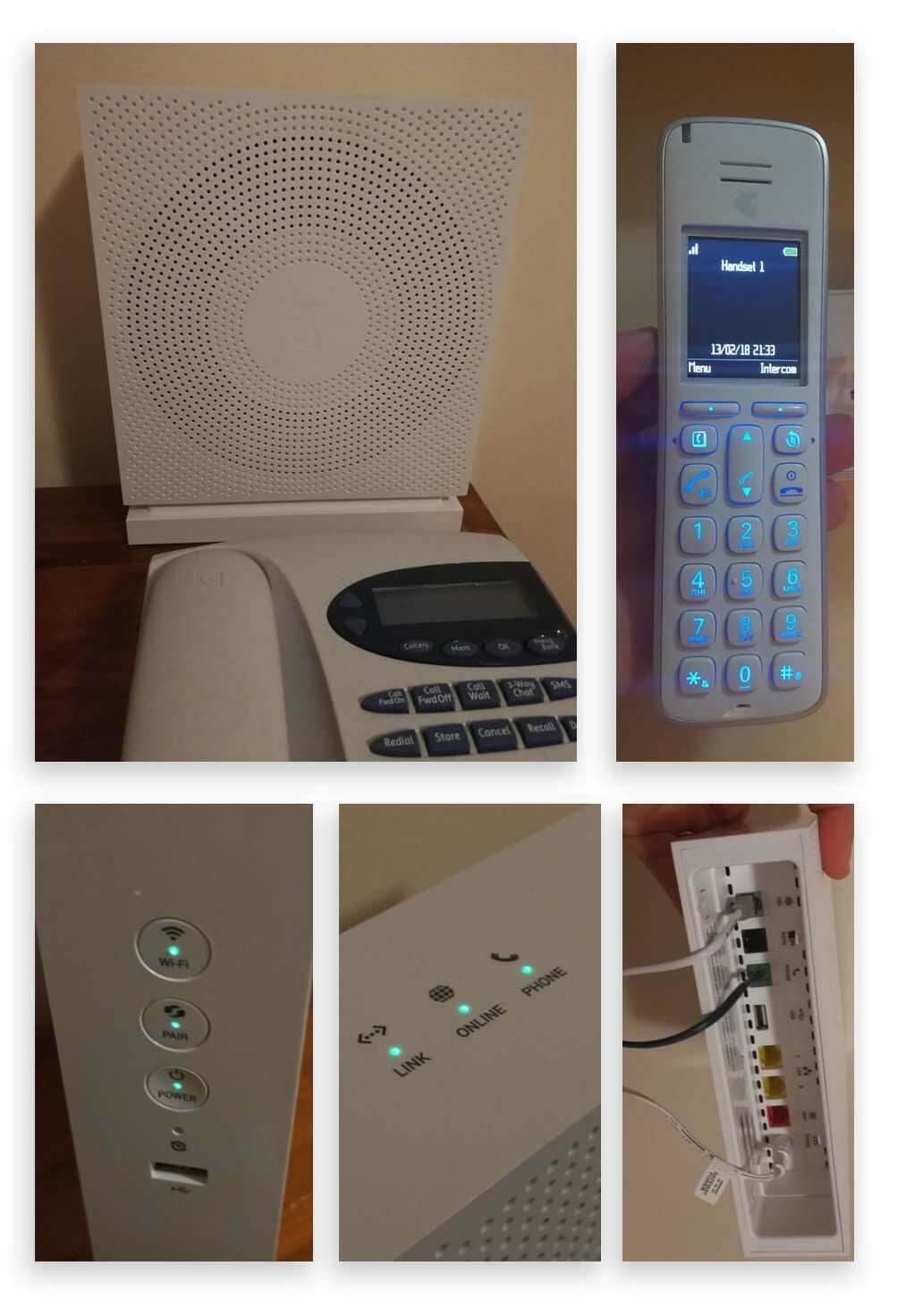 The Telstra technician (just one person) arrived at 8:40am (while I was dropping off one of my kids to daycare). I came home to see the install had started. 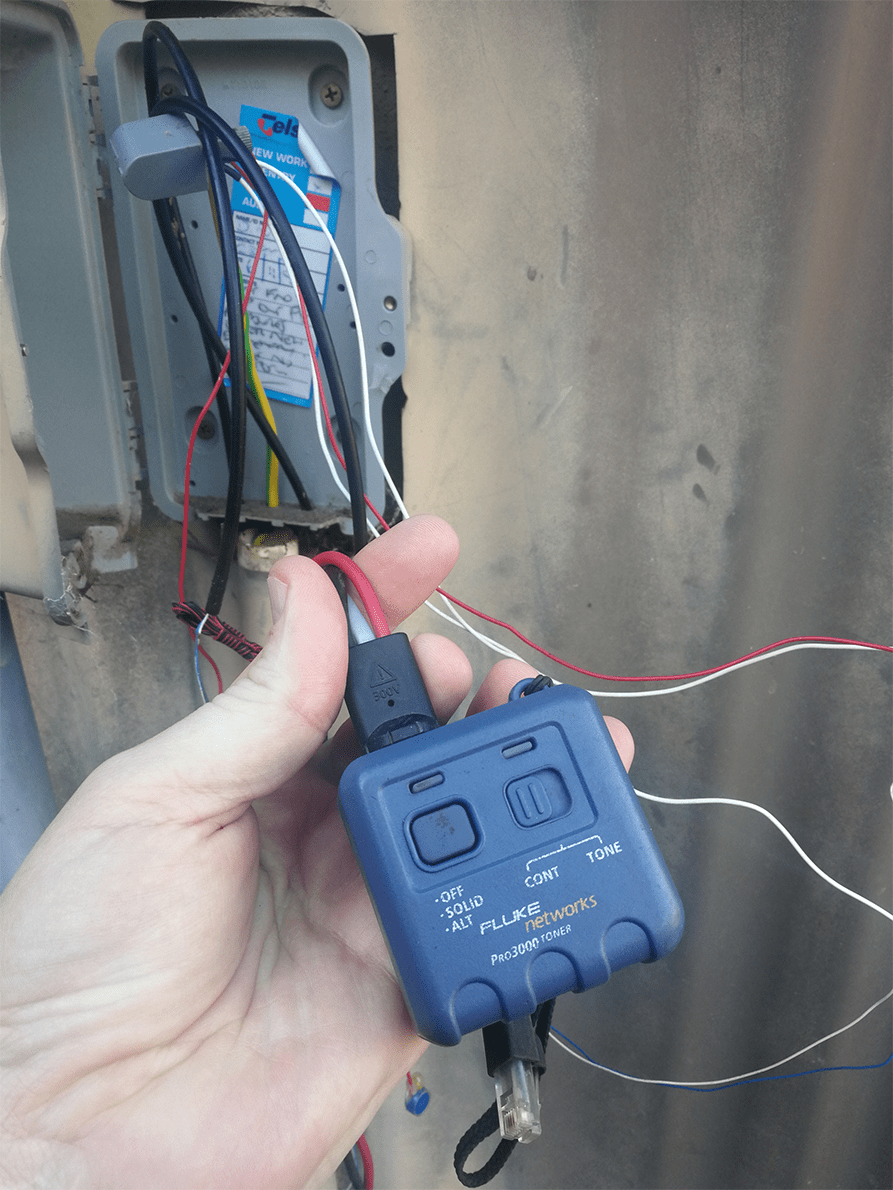 Install took 1 hour to install and sync with Telstra. The install technician said it was FTTN not FTTP. What?? He said he can do Fibre to the Premise for customers in this region. 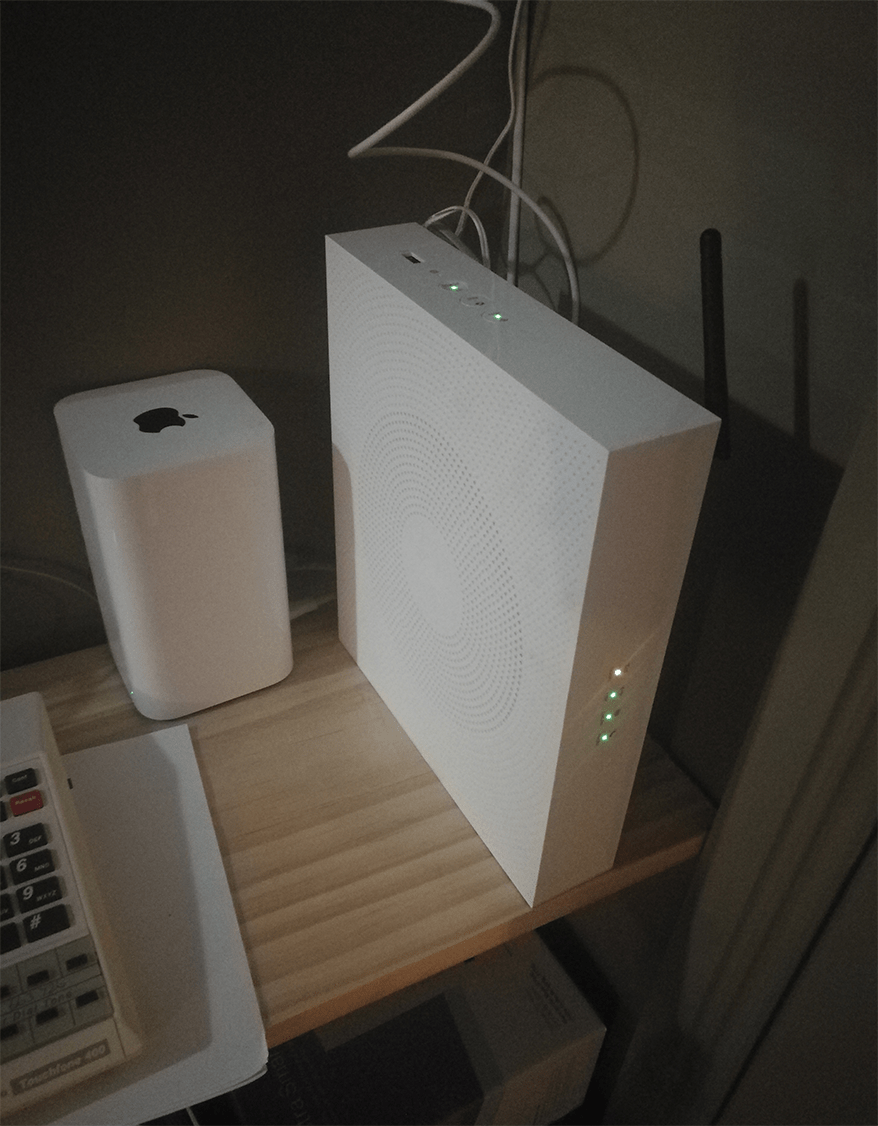 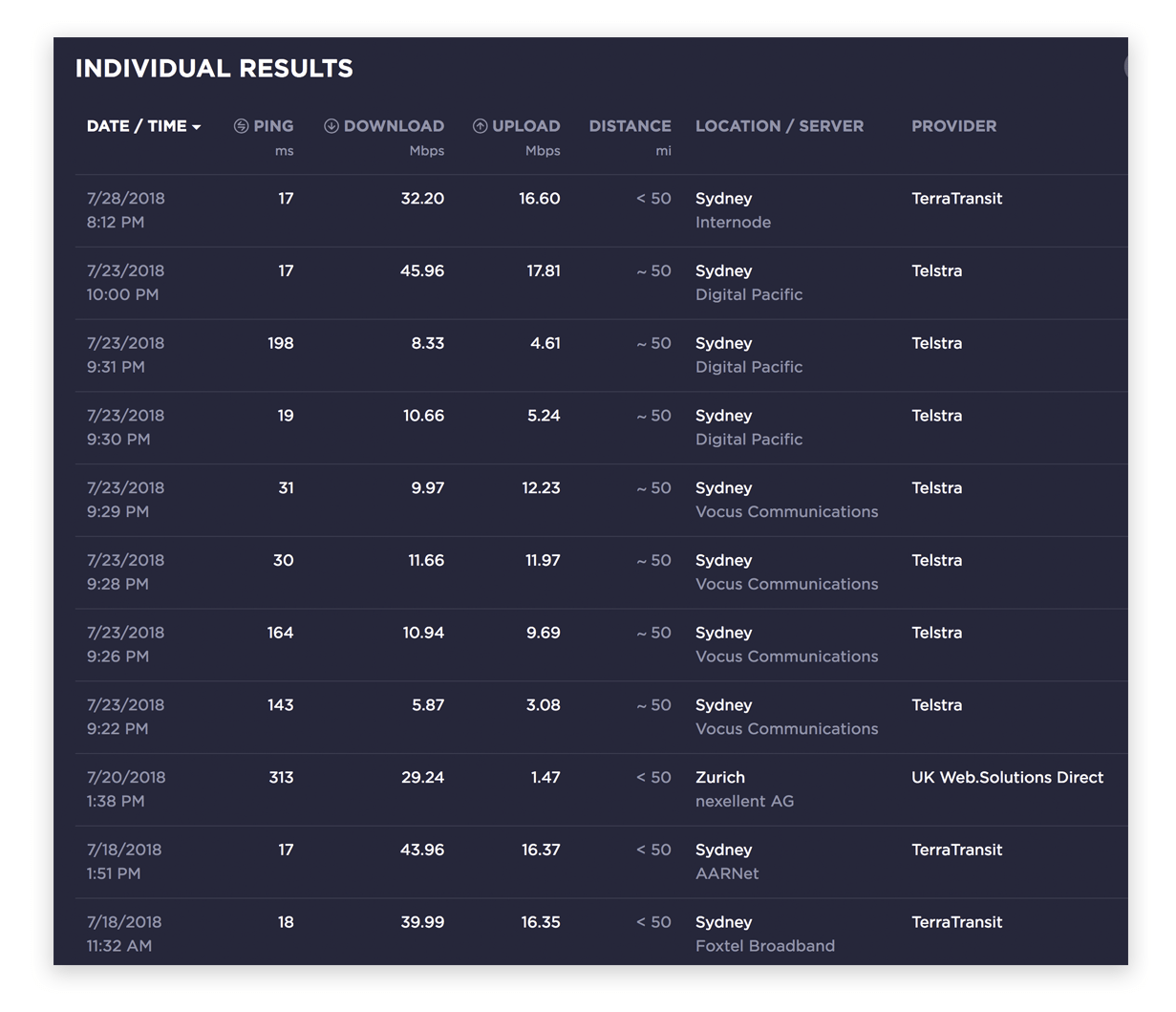 Ignore the 3rd last one, I was on a VPN testing IP whitelists.

Telstra just called me on my non-Telstra phone number and asked me for my old NBN internet provider account number (I have given this to Telstra a number of times now). The complaints manager said he noticed the Telstra Social media team sent the number through but he had not read it. I opened my Twitter and gave the number to him.

The Telstra rep said, “Your date of birth is ##/##/#### right?”. This is not good security practices being followed.

P.S. I did ask for permissions to summarise this conversation on my blog.

A Telstra rep called and asked for my old landline number (I have given this to Telstra 5 times already).

I gave the first two digits of my old landline to the Telstra rep (“67”) and he was confused, the third time he said it should start with “02” (I think he wants the area code in front of the old number).

I asked for my call to be escalated to a senior rep, I was on hold for 5 mins, he returned and said the supervisor was out at lunch and he will call back in 1 hour (he never called back)

4 calls in total from this number.

Still waiting for the FTTP complaint team to call back.

No eta of my landline being transferred back, Telstra Representative (4th phone call) did not call back as promised. No phone reconnect status from Executive Complaints Team (4th level).

Q1) How many people get attracted to Telstra via claims of superior products and get switched to inferior products?

I will report this to the ACCC/Telecommunications Ombudsman.

Telstra confirmed they received my TIO Complaint (and will investigate my speed, landline and fibre issues) and will call back next Tuesday. They did not read this post.

Speed test results, no other users online at 9:30pm.

Our landline has not been migrated yet.

Telstra indicated my data line has been “Reconfigured” and my landline was requested to be migrated from my old ISP.

The rep said they have not read my blog post (history).

A representative from the Executive Customer Care Team called and is looking into the three issues (fibre to the premise, old landline and slower data speeds). They promised about three days turn around in getting back to me.

30 minutes later another person from the Executive Customer Care Team called with a different approach (they were convinced my problems were not problems). They were not aware of the previous caller from Telstra.

I think the complaints team at Telstra needs a new CRM.

@andy_penn I had two seperate calls from the @telstra Executive Customer Contact Team in 30 mins with opposing assumptions and proposed outcomes for a TIO complaint. Little knowledge of past notes. Q1) Do you use a CRM in Telstra? cc @SenatorFifield https://t.co/3D8VylboBB

Telstra promised to call bank by midday but did not 🙁

This is well below the usual 48Mbit speeds from my previous provider (and it’s not even peak time).

Update 3pm: Telstra got in touch. They needed my old ISP number again to pull the landline (I have provided this at signup and many times after).