Update Saturday 11th August at 6am

I was asked to connect my laptop to the router via ethernet. I can’t because I have an Apple Mac Book Pro with no ethernet port. I could hear the “shame-on-me-tone” for using an Apple and or WiFi. I understand they are just trying to blame equipment on my end?

Is Telstra expecting customers use Ethernet 24/7 over WiFi? I don’t recall seeing “must use ethernet and not WiFi” as a requirement in the Telstra signup pages?

I mentioned I purchased extra long 2.4/5Ghz) WifI Antenna and connected them to the routers external antennae ports. I did ask the Telstra installer and he said installing external antennates are ok. My nearest neighbour is 100m away and I have very little WiFi competition (I live next to a hill and doubt kangaroos are flooding my WiFi spectrum with data).

Error 404 while loading site (rep gave me the wrong URL)

Telstra asked me to load: “telstra-nbn.speedtestcustom.com”

Before the speed boost from 50 to 100 Megabit I was getting 24 Megabits speed tests (my previous ISP was 47 Megabits and 45 Megabits at worst?).

The speed boost from 50 to 100 Megabit was a consolation prize for not getting fibre?

I have asked Telstra will I have to pay for the 100 Megabit speed boost at the end of the contract (previous case managers have not confirmed if I will have to) after a few mins the NBN rep I was speaking too said I won’t have too (I won’t believe this until it is in writing)?

I asked Telstra to remove the speed boost again (I asked my case manager to remove this last week too).

I was asked for download speeds again, the rep did not write them down.

Summary: Telstra said my speeds are fine for a device not connected by Ethernet.

I offered to set up Raspberry Pi with SNMP network logging to offer Router side (connected via ethernet) to log network traffic.

Telstra said no thanks we can get this from the node.

No ETA on getting our old landline number back again (1 month now).

The 9th case manager called (very hard to hear and understand). I was offered to leave the contract and relieve Telstra of the commitments. I declined. Telstra said a call is being logged to have my old number ported on the 21st (it’s been offline for 38 days already, what’s the holdup). The Telstra rep seemed angry (10 mins to home time?). 2 days of the TIO complaint resolution window left. I still feel cheated that I was promised FTTP and got FTTN.

Update when I hear more.

I am back on the 50/20 plan given Telstra could not guarantee the speed boost would not cost me at the end of the contract.

This is a poor speed compared to my previous ISPs 47Mb down at this time of day.

Asked Telstra on an update of all issues mentioned in the TIO complaint.

2pm, no reply from Telstra.

Telstra responded at 4:15pm and they..

My neighbourhood is new (new copper), my previous ISP router estimated 90 Megabit speeds on FTTN. Maybe Telstra chips are bad at locking onto the signal. 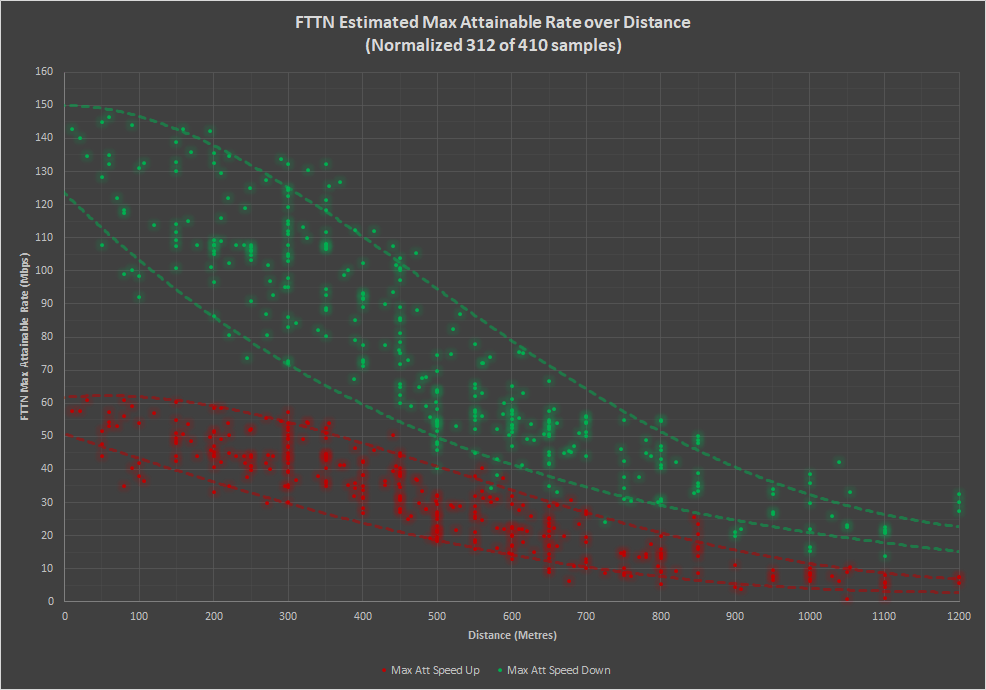 I have asked Telstra questions regarding the dates as to our landline requisition and removal of speed boost along with our file under FIO.

No Internet, No phone. Router was not pairing with the node again. 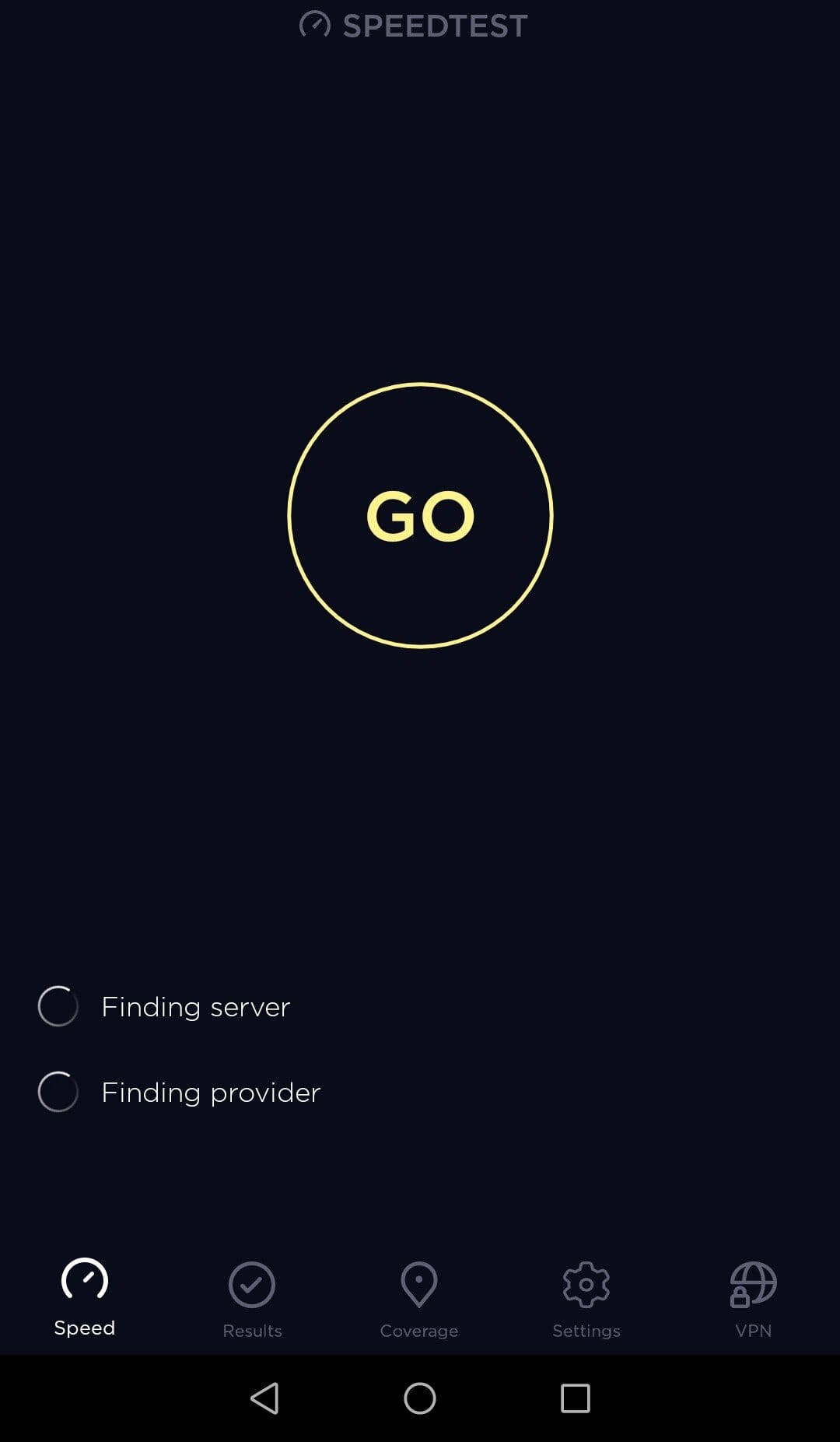 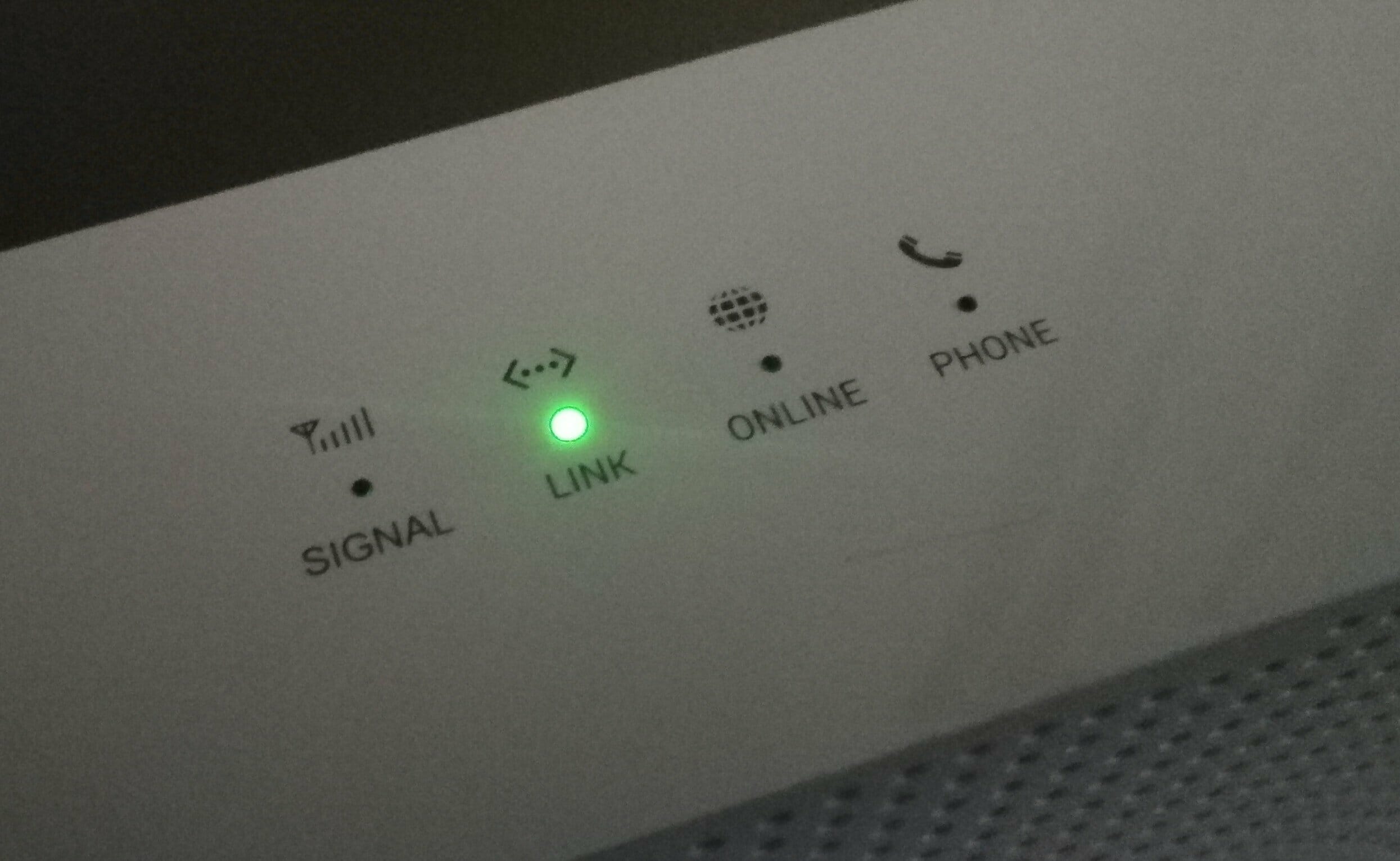 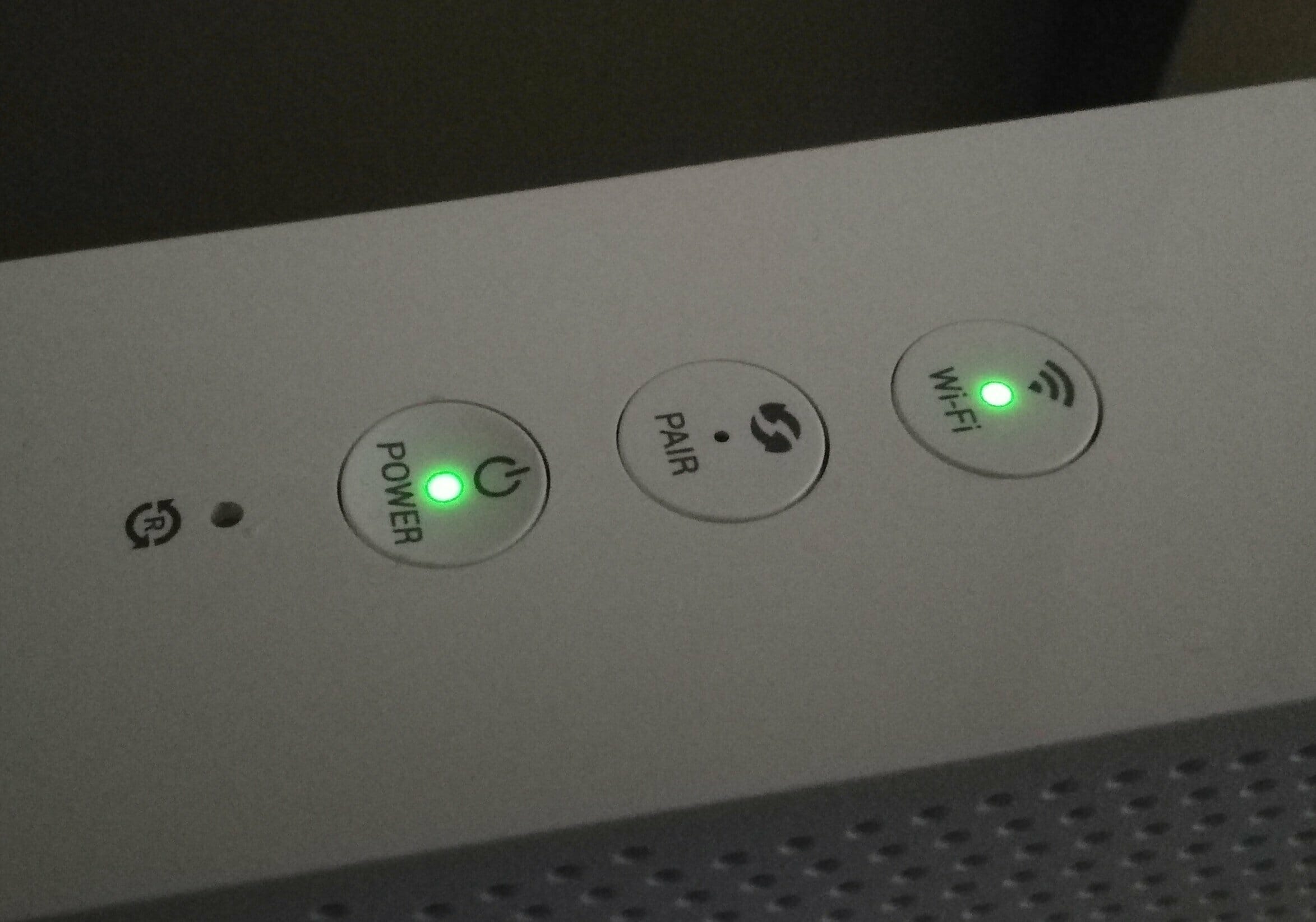 I rebooted the router.

Snip start
—–
I’ve been speaking with my colleagues from technical support, they’ve had a look at this and it looks like everything should be working but the (basic version they gave me) is that it doesn’t look like all the details are making their way to NBN’s side.

They’ve performed a port reset for the connection and now suggest that you factory default reset your modem (to force the modem to refresh and update the service details from the network). This can be done by holding in the reset button on the front of the modem for 15 seconds.

I will factory reset the router at lunch as Telstra advised (hold down the reset button for 15 seconds).

The router is not booting after a reset.

I called Telstra support, Telstra asked me to..

They suspected a blackout in my neighbourhood. I advised everything else in the house is working.

They are sending a new router. It will take a number of days to arrive.

Telstra advised I can’t pick up a free replacement from the local Telstra shop (Telstra shops are not owned by Telstra and are not Telstra). 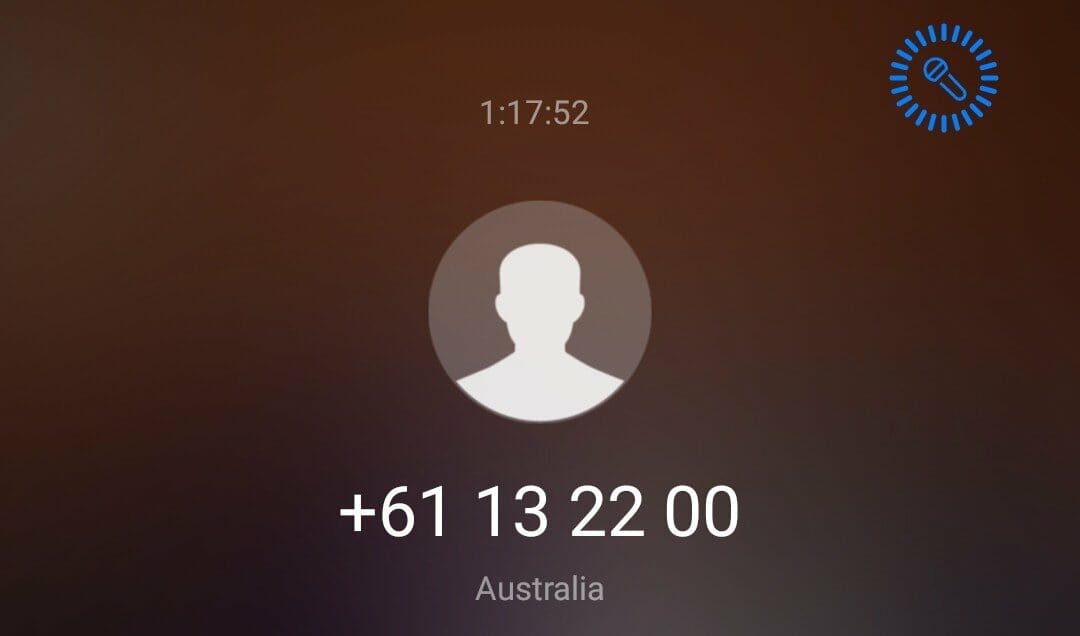 Telstra was unable to add free quota to my wife’s Telstra mobile plan as compensation as she is not an authorised person on OUR account. I need to contact billing and arrange this.

No Internet or landline 🙁

Internet and phone are down.

I tried to call Telstra to ask for extra mobile credit to get us through the weekend, I gave up after waiting 25 minutes. 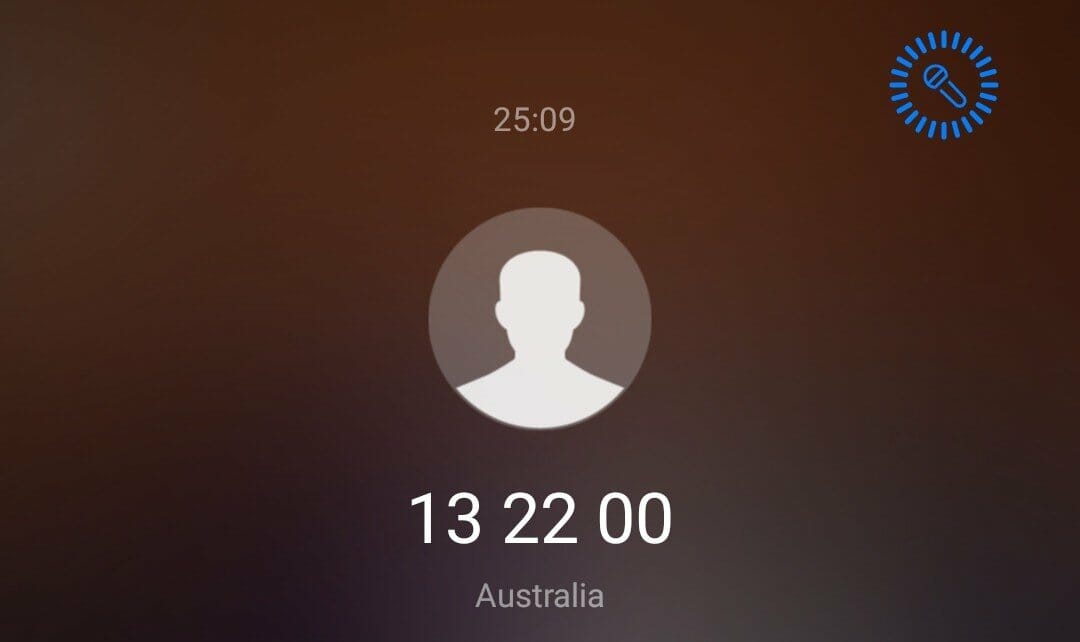 After a few minutes, my Telstra case manager called back and was going to chase this up ( they authorised my wife’s mobile as my old is with Optus).

They did mention they are busy and did not read this blog post (as suggested by the TIO).

11GB has been added to my wife’s mobile plan to get us through the weekend. 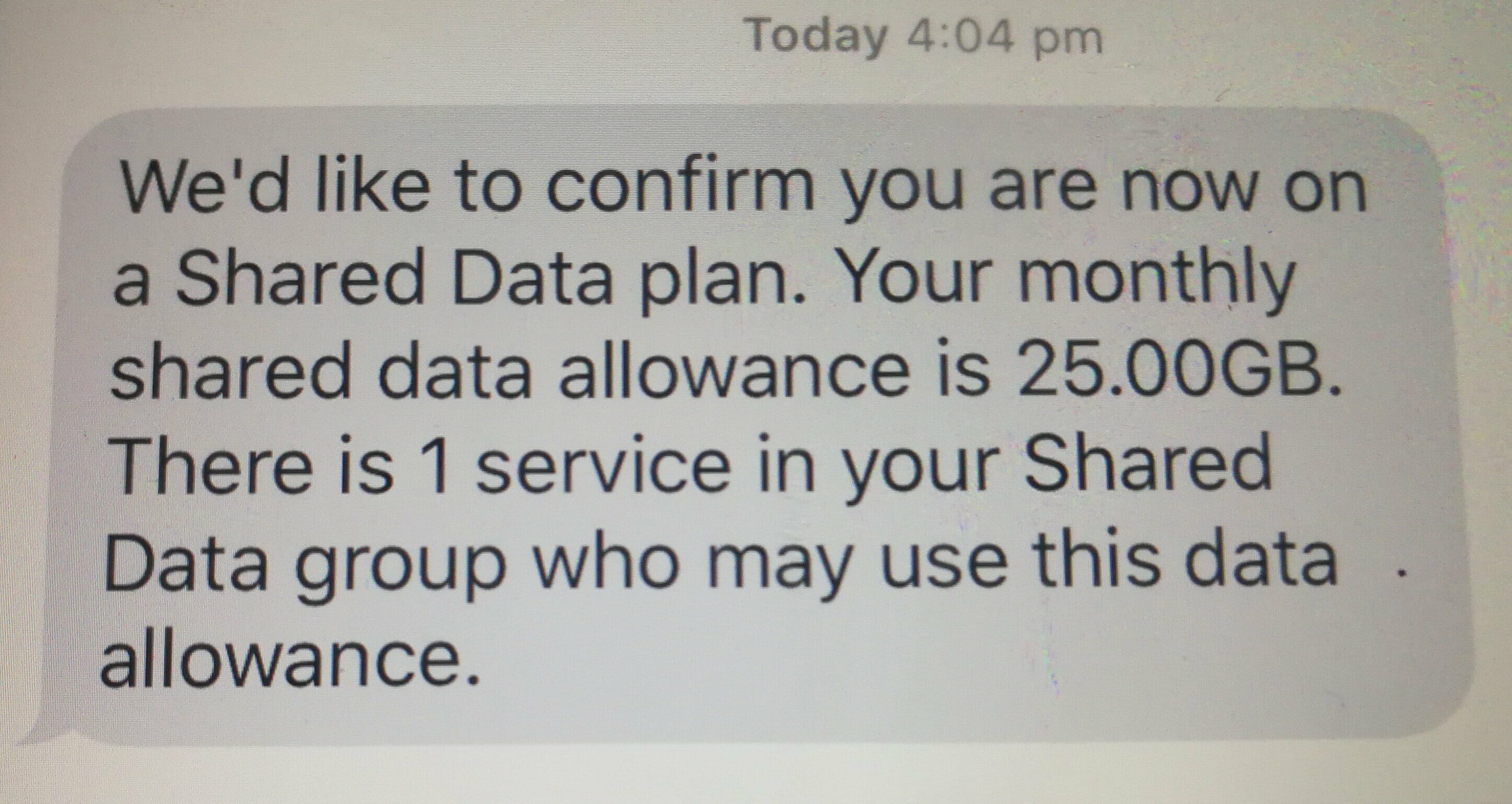 I tested the 12v DC power pack with my multimeter (non-calibrated), it is delivering 11.31 volts DC.

My kids are writing complaint letters to @Telstra They really like the Internet and they are 4yo and 8yo. 🙂
— Simon Fearby (Aussie DevSecOps) (@FearbySoftware) August 18, 2018 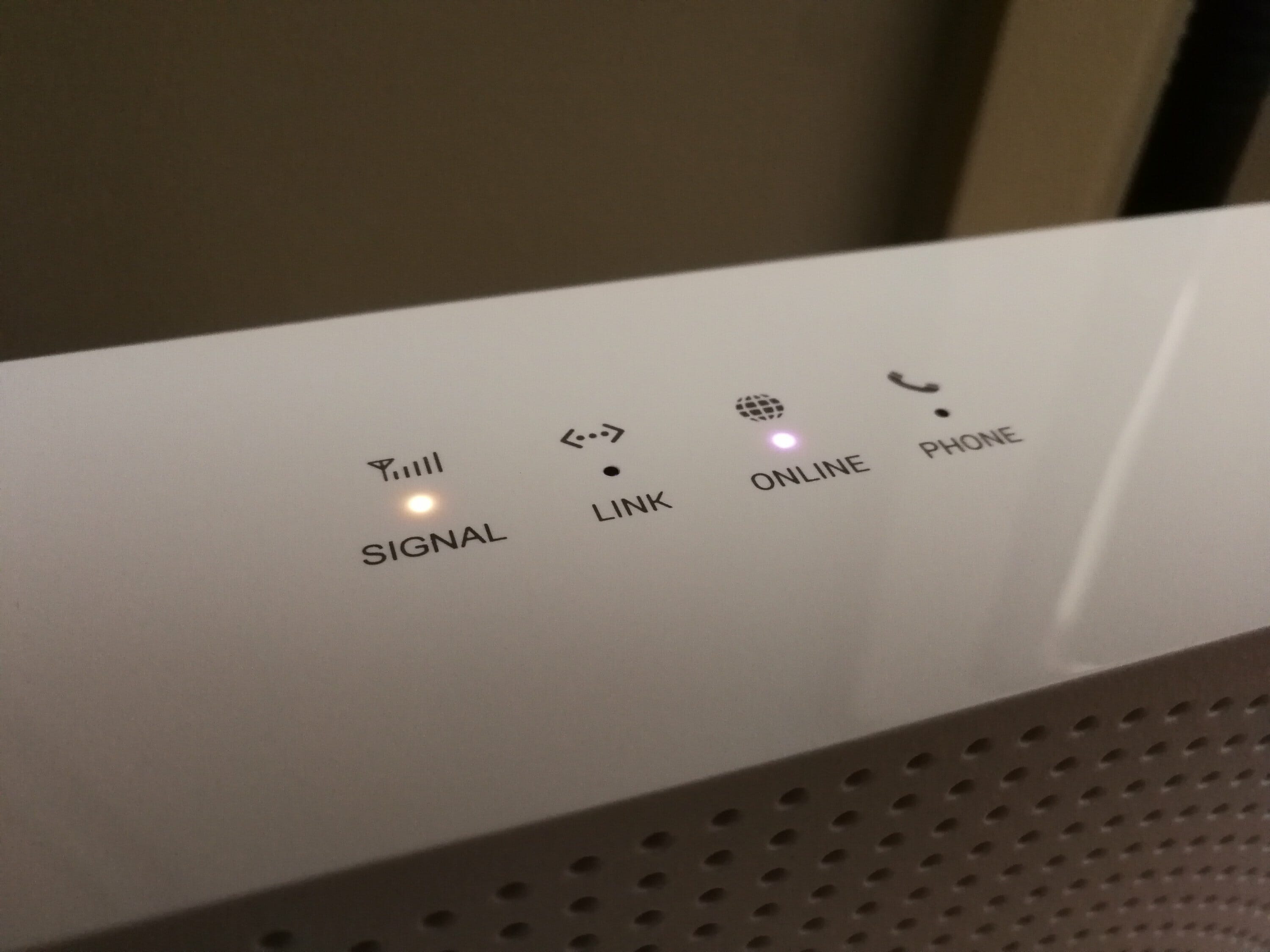 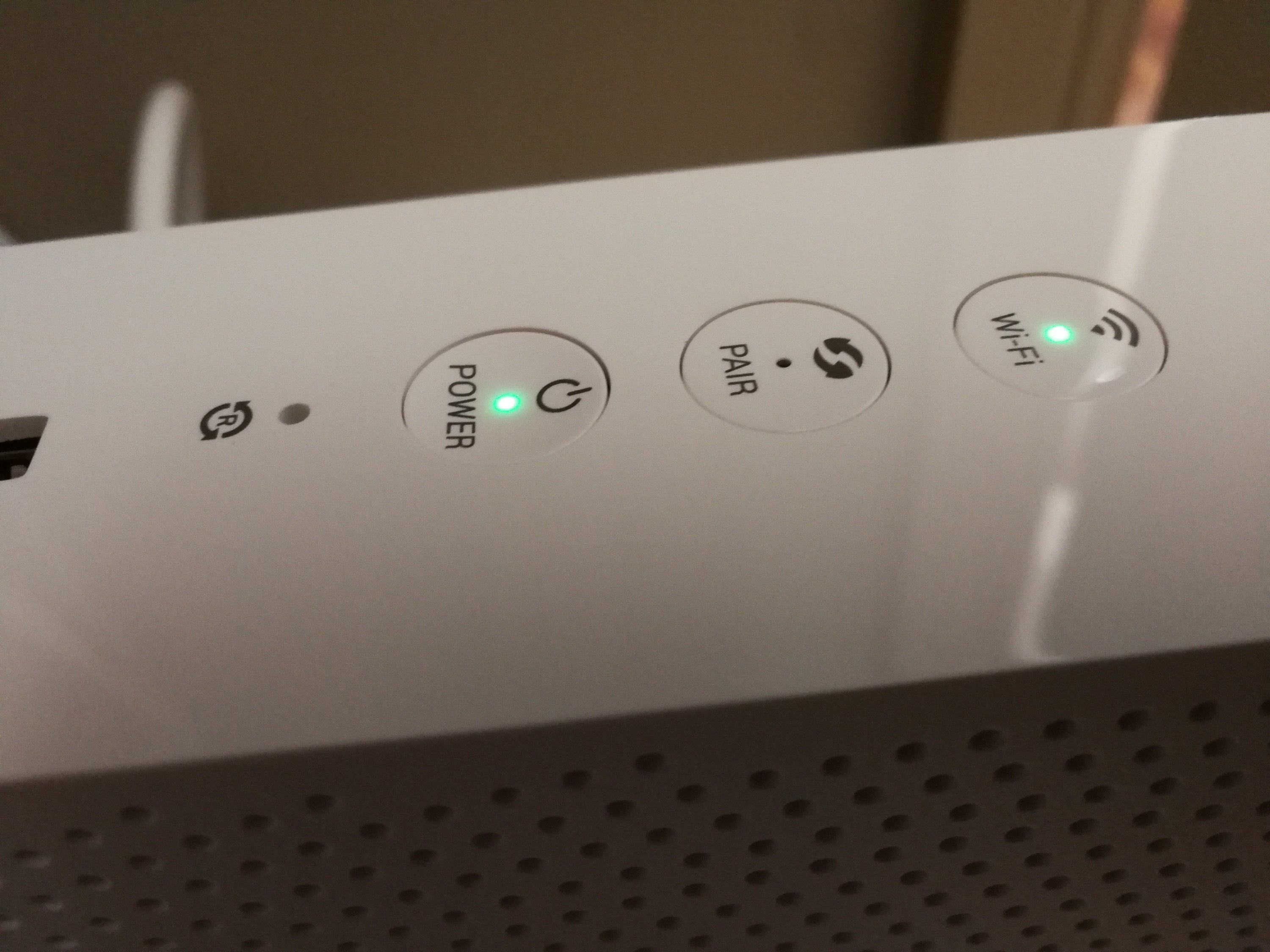 I called Telstra support and while I was on hold the Internet came good. Our old number was supposed to be transferred by today (nope).

The Telstra complaint a team called and asked if my previous ISP is using our old landline number (I said I don’t think so as the number says not active when called).

Telstra said the request to port the number had “errored” and they would like 24 hours extra to re-request the number.

Still no official word as to not delivering FTTP as promised.

It appears the Telstra CEO and complaints team formulated this sentence blaming me? 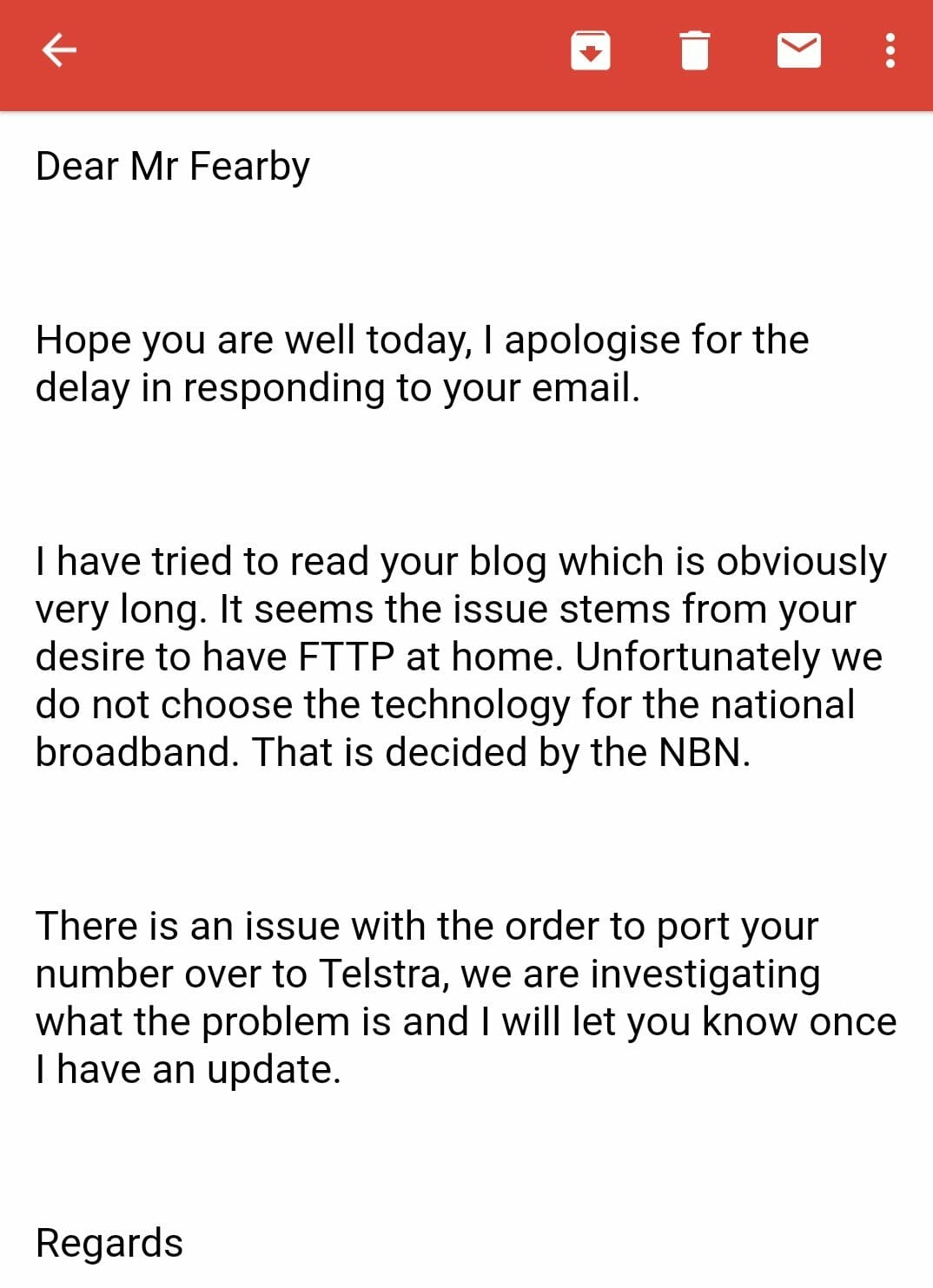 Yes my desire for FTTP was fed by Telstra promising FTTP, is that my fault?

50/20 Megabit is performing poorly this afternoon. 22.15 Mega it down. Failed to upload. 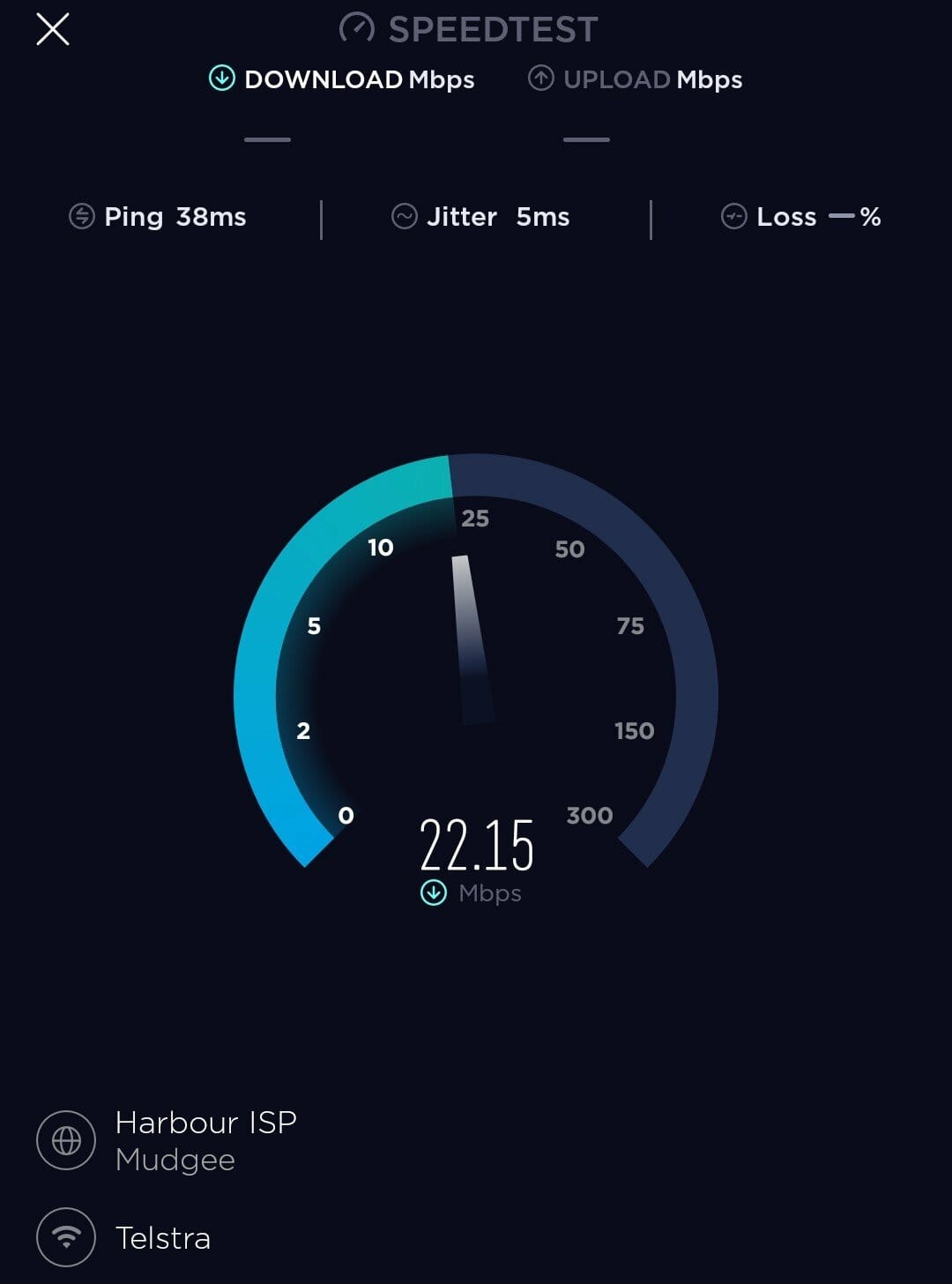 Telstra called and said they are having issues connecting

I hope this guide helps the Telstra complaints team.