Data issues continue (after I thought everything was good).

I received an SMS mentioning we need to reconnect our home broadband? Had our router been disconnected from the NBN Node and was using the mobile network? 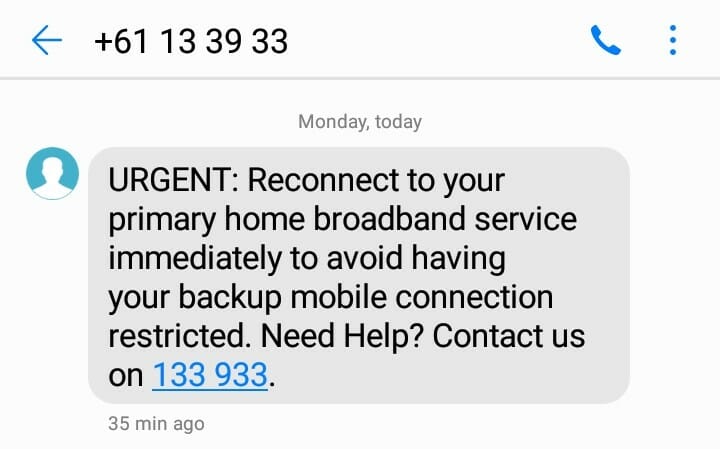 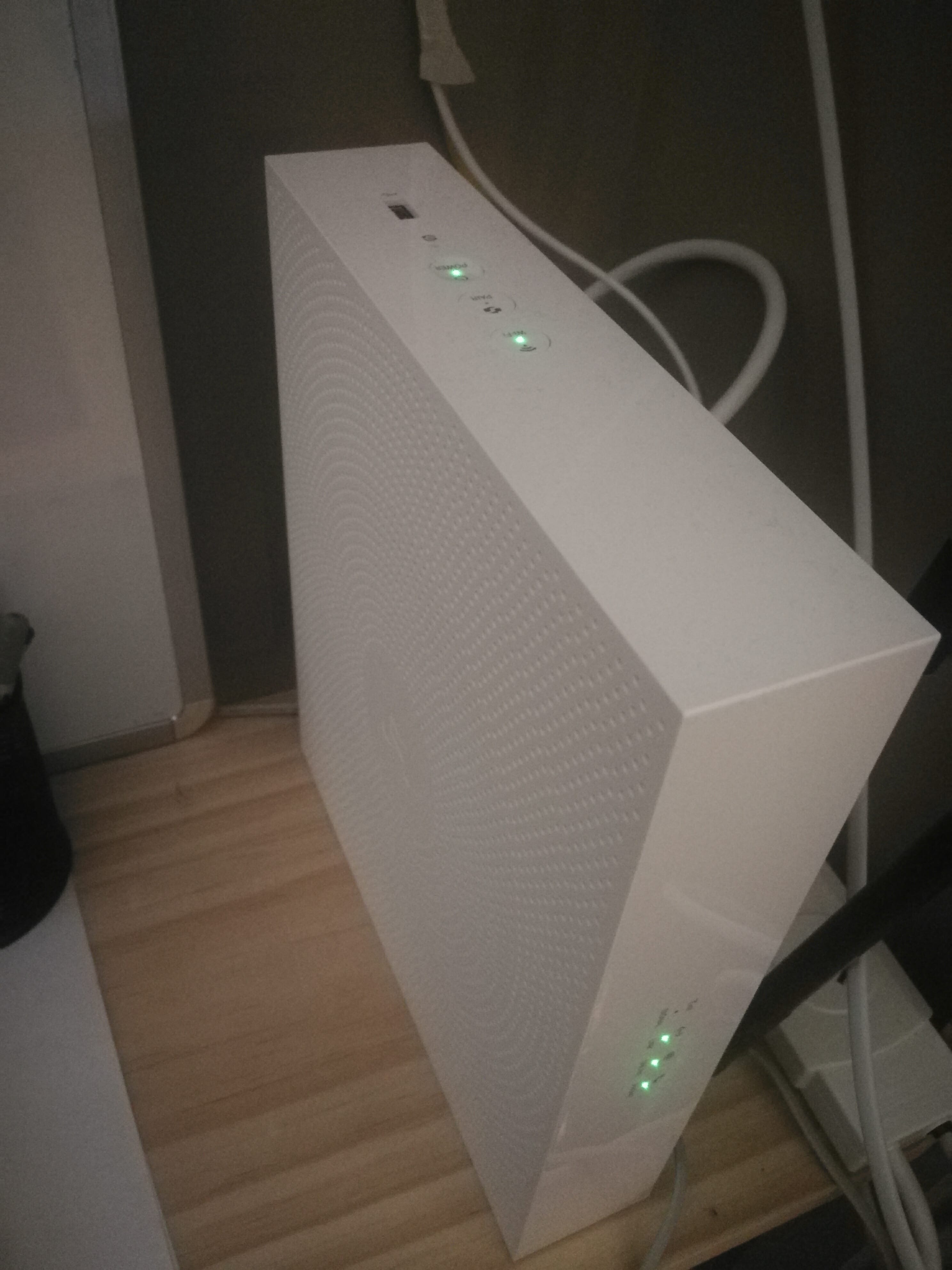 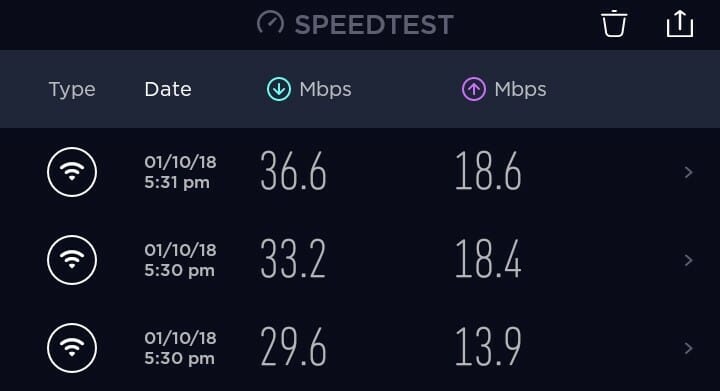 NBN went down again, I called Telstra and the automated voice said they can’t find an NBN plan attached to the landline number that we just got back? 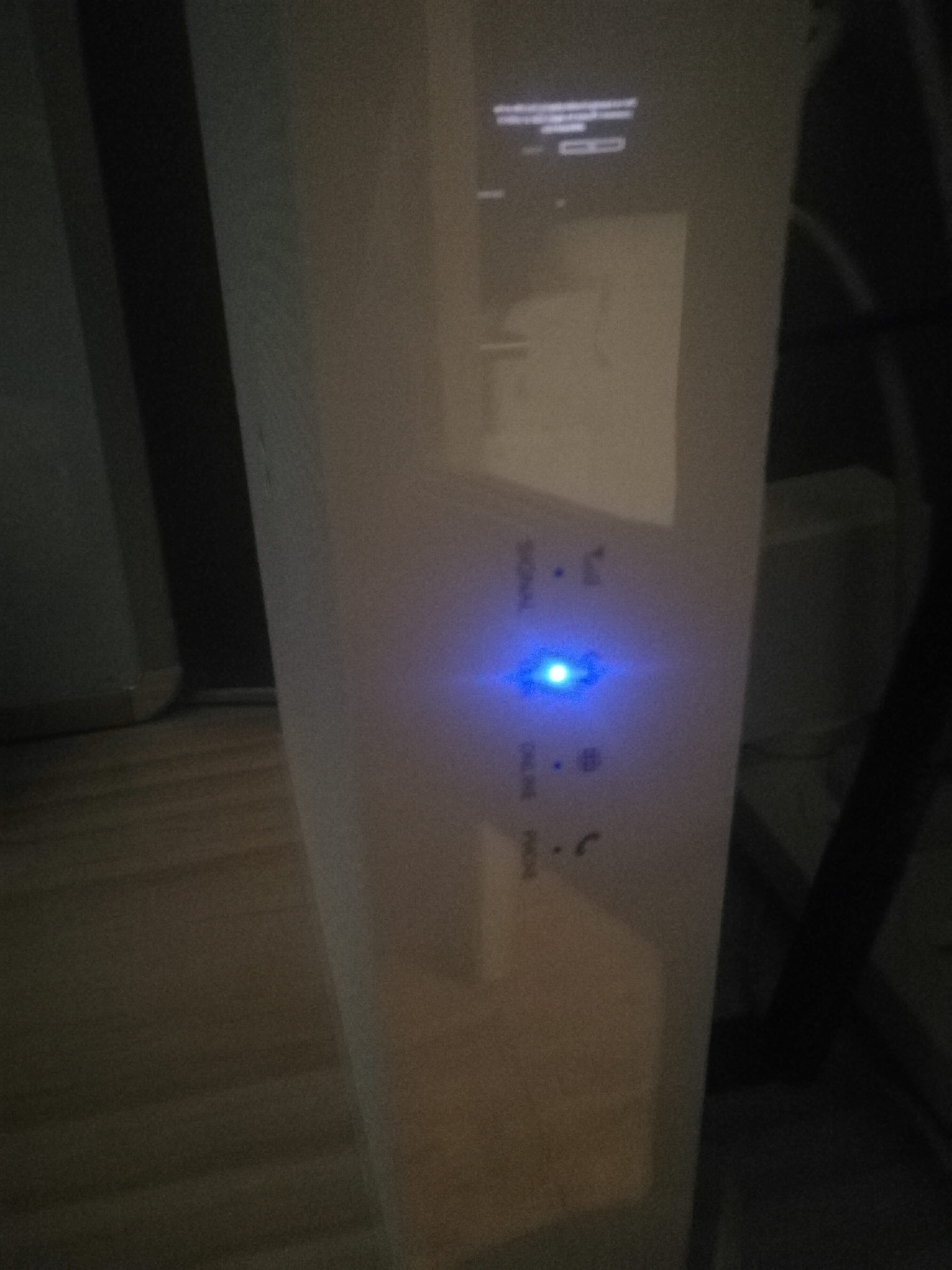 The net came back up for 1hr then went down again. 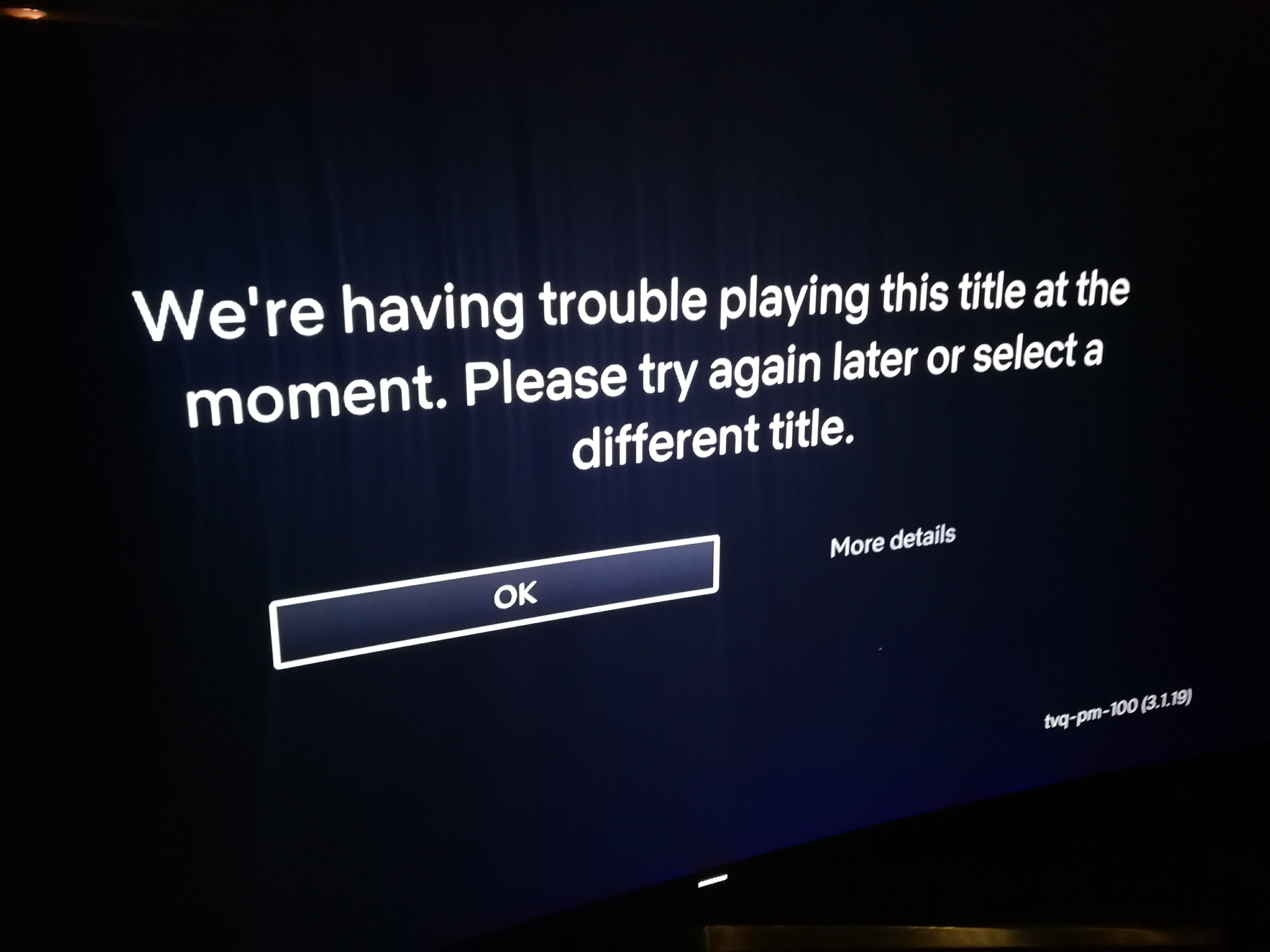 The router was offline again 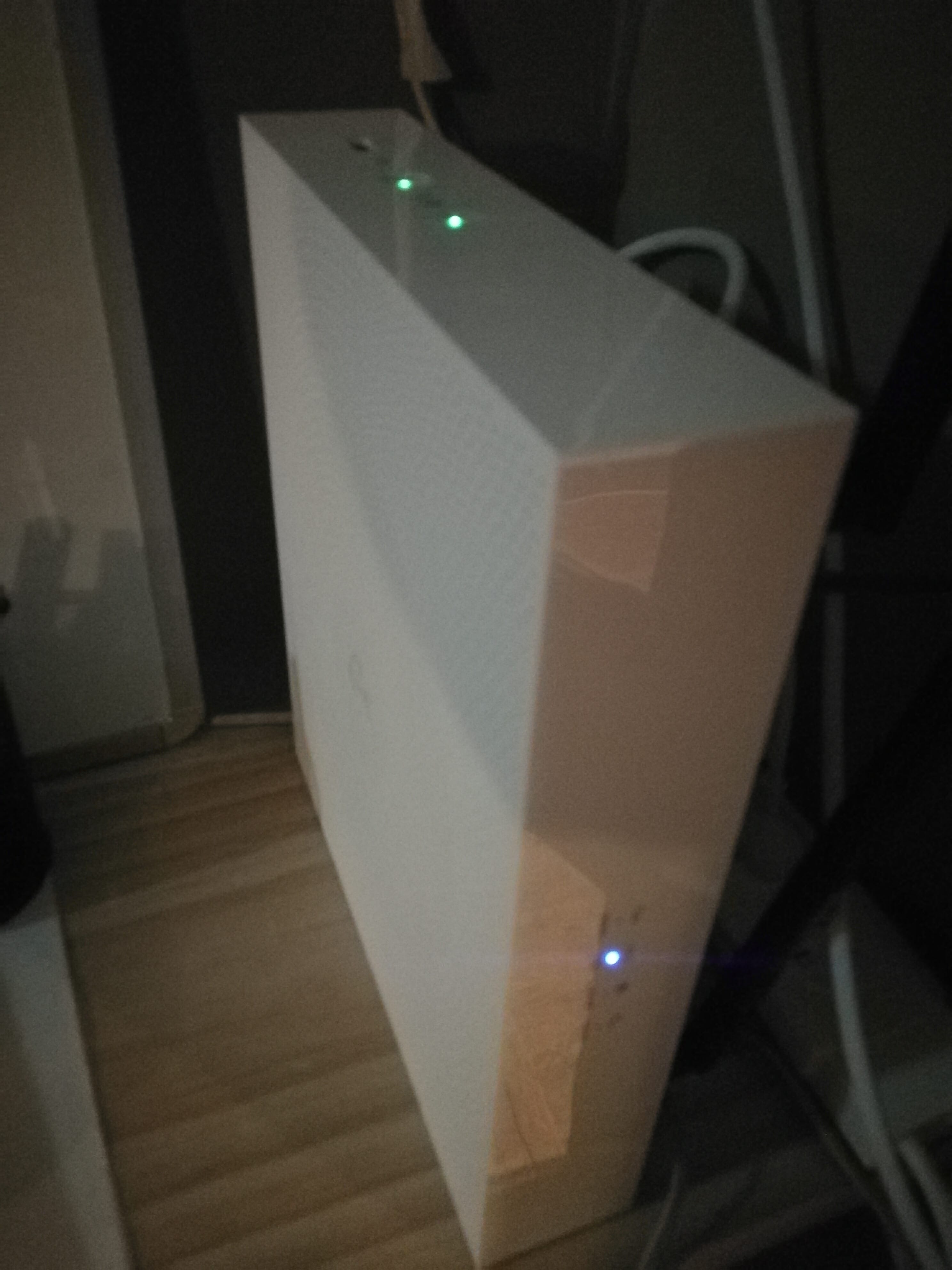 The Internet has gone down 6x tonight.

Telstra phone support is passing this issue higher to be investigated. They did mention that I said to my case manager that the data connection was stable earlier today (I said this was before the 7 dropouts tonight).

I was asked at what actual times the router dropped out. I was not recording exact times and said can’t sync dropouts be read from the node (I will record drop out times in future)?

The issue has been escalated to the Service Desk.

They have detected an unstable line (they can see the node dropouts) and will apply a profile fix. I asked permission to summarise this call for the TIO case (this blog post), they agreed.

The technician said they have applied a stability profile update. They could not explain what it will do technical (I asked does it change the signal to noise ratios, lower upload speeds to make downloads faster or tweak the number of VDSL channels/frequency widths etc). They were unable to transfer me to a technical person with the knowledge to explain the fix (everyone was busy).

They said they will call back in 24 hours to see if this worked.

I will update when I hear more.

The TIO called and said we will have a new case manager at Telstra to resolve the dropouts and stability problems.

They said it will be hopefilully resolved in 10 days. Fingers crossed.

I will forward this blog post to the TIO to extract data as needed.

It does appear upload speeds are much lower. This is not 20Mb that I am payi G for.

Let’s see it it is stable tonight.

New case manager called and asked if the connection is stable.

I just checked the Telstra NBN speeds explained page and it says we should be able to get 40/15 in peak times. As far as I know, it is not peak times, it is 10am. 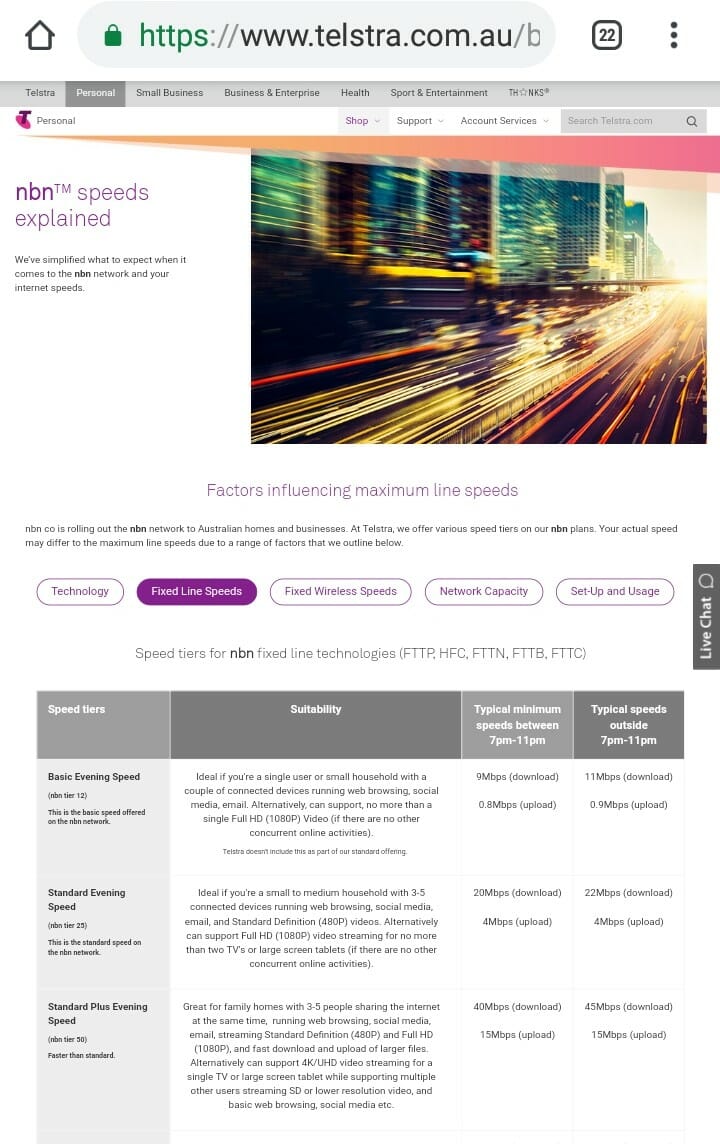 I asked Telstra to provide details around “What technical things happened when applying a stability profile? ” as speeds are consistently lower after this was applied.

I asked Telstra to “email what speeds are within specification?”

Telstra called back and asked if we were speed testing via ethernet, yes. I have been asked this before. 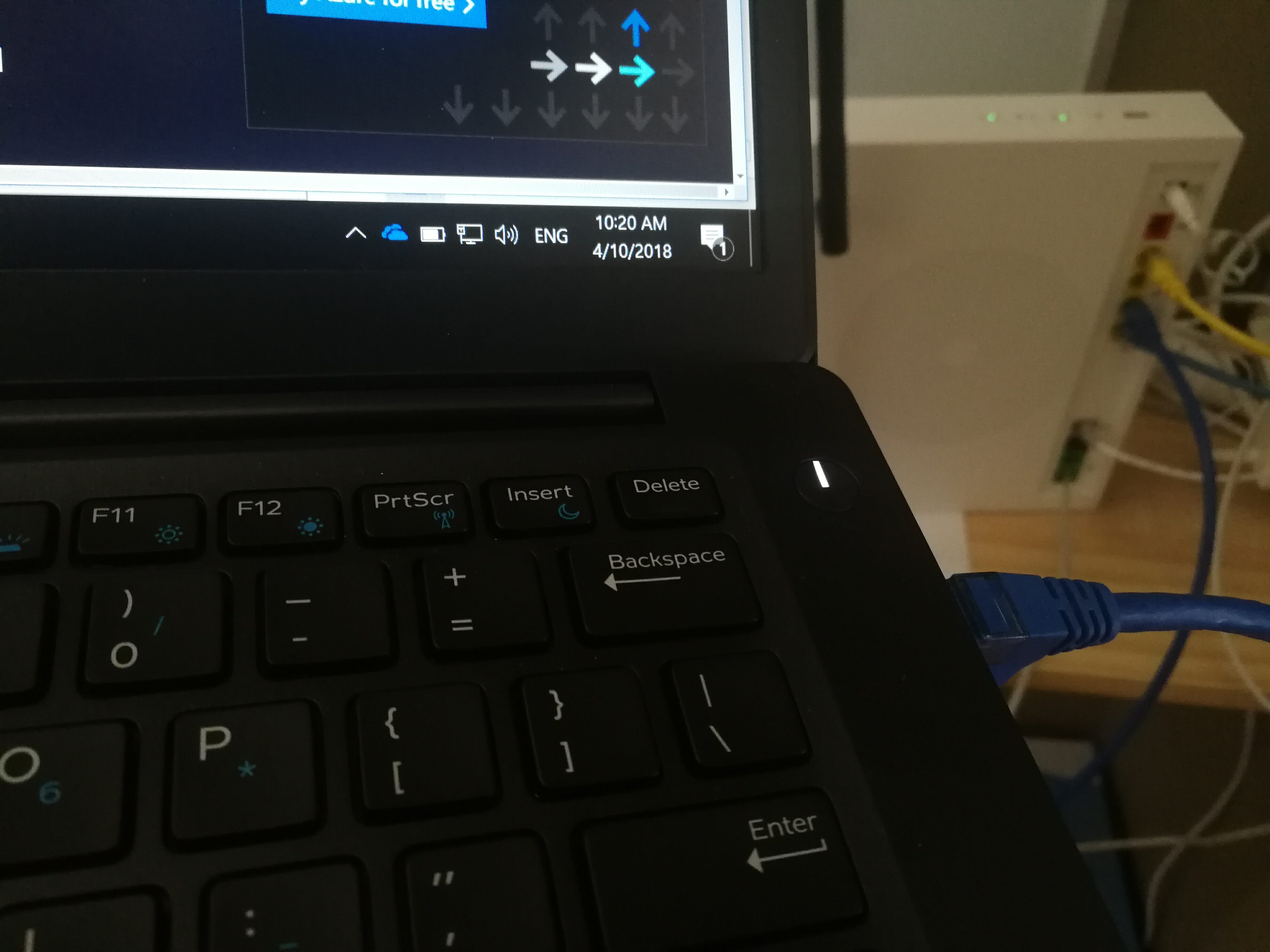 Should all NBN users use ethernet (not WiFi) to achieve maximum speeds?

I informed Telstra of this blog post listing the entire history and they said “I will not be reading your blog“.

Telstra called back and said they will send out a technician on the afternoon of the 12th (Friday). 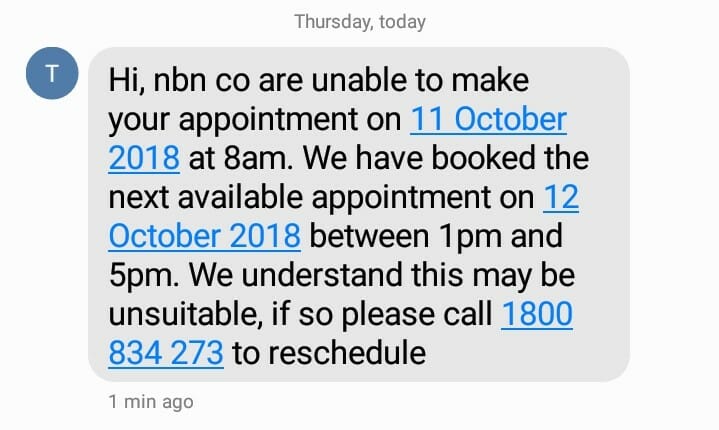 Not sure where the 11th came from? 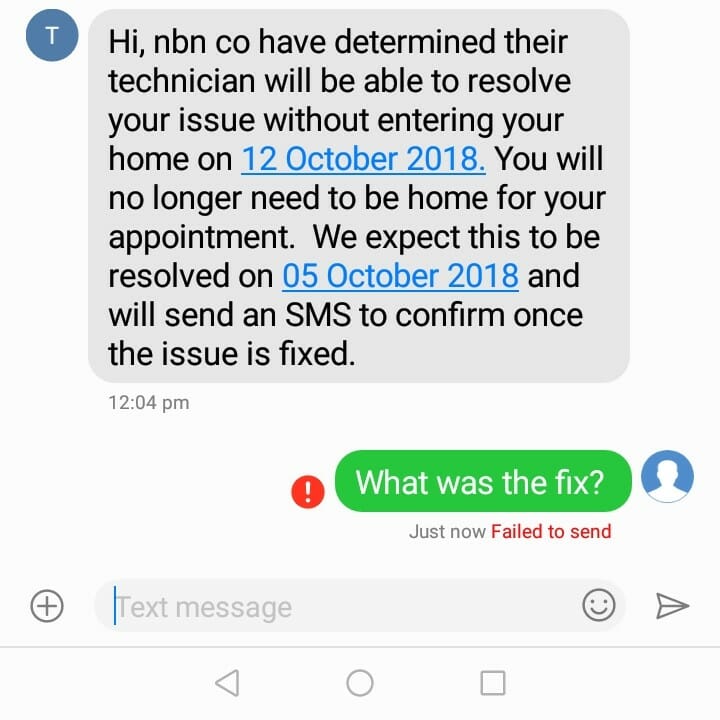 Telstra has now put us on our third plan. News to me. 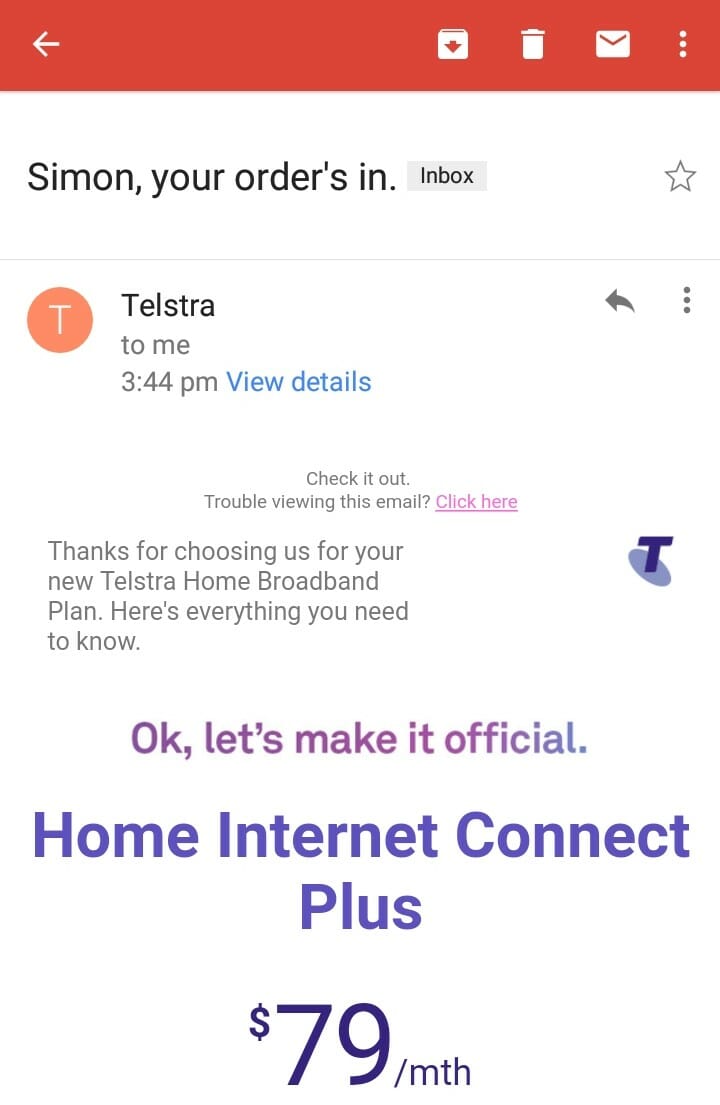 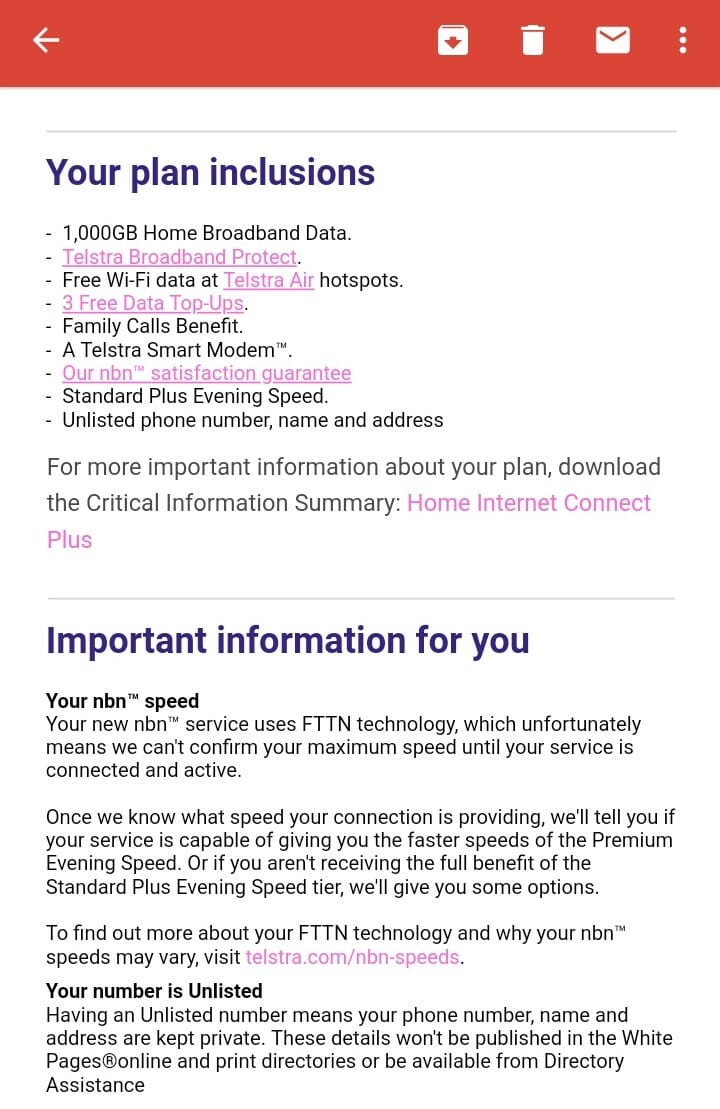 A neighbour said an NBN or Telstra truck visited our home for 20 mins while I was out? I was not expecting a visit today.

Upload speeds are below 15 Megabit, they used to be closer to 20 Megabit. I suspect out upload speed has been limited to improve downloads??? 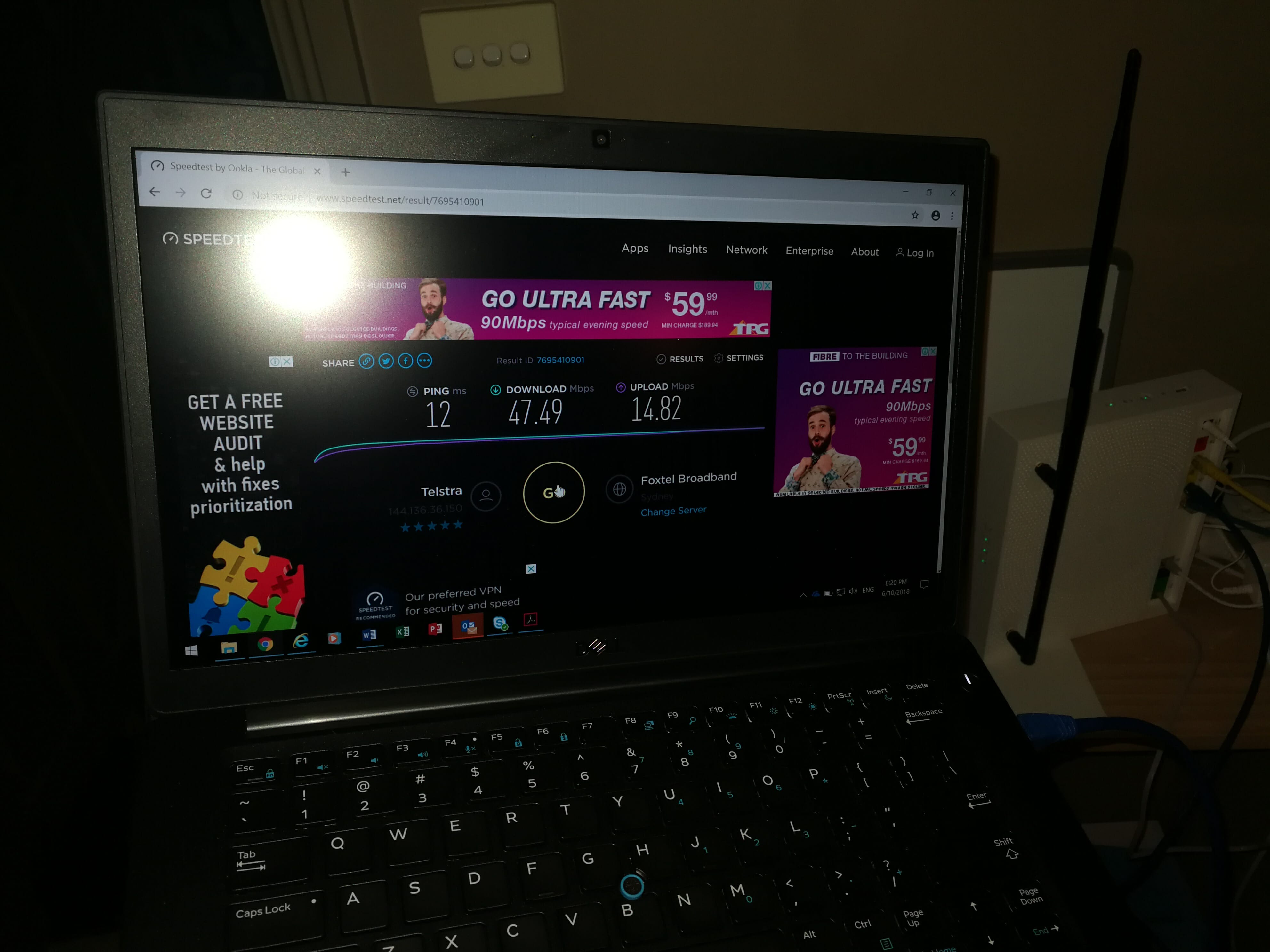 Telstra called and confirmed that NBN visited my premises last week (not Telstra). They said NBN believed they fixed the fault???

I mentioned that upload speeds are still 14 Megabits. I used to get 18-20 Megabits before the speeds were adjusted. Telstra said half of what you pay for (e.g 10 Megabits on a 20 Megabit plan is ok). I asked for this in writing.

Upload speeds have definitely been lowered since the 1st of October 2018.

Telstra Service specialist called and said they can remove the upload speed limits.

Currently, I am getting 14Mbps.

Telstra said it will take 24 hours for the changes to come through.

Telstra called (new case manager) and they said the old case manager will not be handling the complaint and they were taking over (12th employee if memory serves me correctly).

I advised the new case manager that speeds have been ok and we have our landline number back after 10 weeks so they can close the TIO complaint.

I said I will be in touch if speeds or if the landline disconnects again. Telstra will inform the TIO.

I will take up the promise by Telstra of FTTP (before signing up to Telstra) with the ACMA or the ACCC after the TIO case is closed.